Under pressure following its recent failure at the 2011-2014 downtrend. 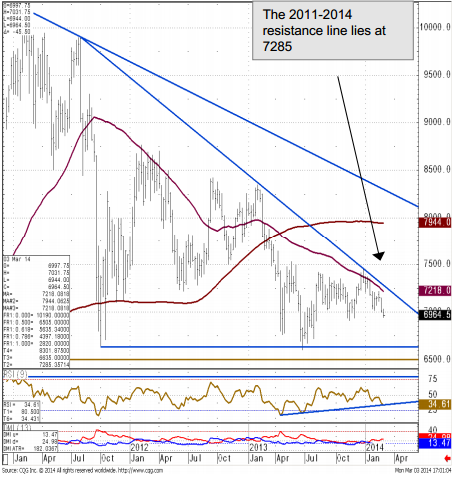