Along with the market, we expect an extension of oil production cuts from OPEC and Russia at the upcoming OPEC meeting in Vienna on November 30. OPEC is sailing with a strong tailwind, as a draw on global stocks has started, and compliance reached more than 100% in both OPEC and non-OPEC in October for the first time. For H1 2018, we see compliance with proposed cuts as less of a problem; instead, market focus will move to global stocks, which will likely start to flatten as the seasonal tailwind has swept through and there is higher activity in US shale after oil traded above USD 60. 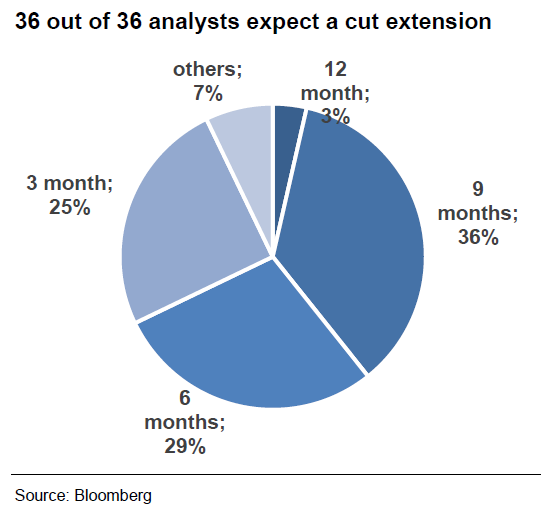 According to a Bloomberg survey, oil traders and analysts unanimously expect OPEC and Russia to prolong their production cuts on Thursday. Behind the scenes, however, it seems as though Saudi Arabia and Russia are still debating what course to follow, particularly regarding the duration of the extension.

Russia’s economy minister said last week that the OPEC/non-OPEC production cuts hurt Russia’s economic growth on October, through lower oil production, and indirectly, through lower investment activity. That was the first negative comment about the pact from a high-ranking Russian official. Despite the signs that Russian policy makers may be having second thoughts, they will agree to an extension in the end, in our view. Anything but an extension supported by Russia would have a significant negative impact on prices.

OPEC gatherings still influence oil prices, but Saudi Arabia’s voice no longer matters most in the media. Since he engineered Russia’s pact with OPEC 12 month ago, President Vladimir Putin has emerged as the group’s most influential player, in our view. Putin is now calling all the shots. 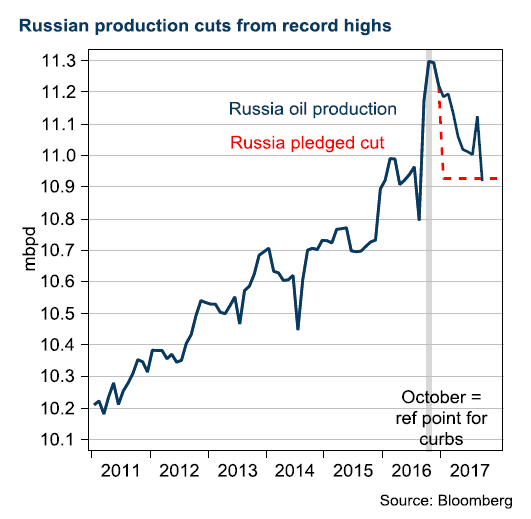 Over the past year, OPEC and several other key producers, including Russia, have agreed to cut production by 1.8 million bbl/d to reduce a global glut, formally defined as returning global stocks to normal levels, i.e. their five-year average. The group reached more than 100% compliance for the first time in October. That’s a striking and surprising fact, in our view, and the market has reacted to OPEC’s success by trading oil at higher prices.

Will not reach target

Given the impressive compliance, it is striking, in our view, that OPEC is so far from its target of draining global stocks. Inventories are lower, but we believe the strong seasonal effect of the US driving season this year is the key factor behind that. The target should have been reached in May, but will not be reached by the November meeting, and it would be surprising if normal stock levels were reached before OPEC’s spring meeting in May/June 2018. 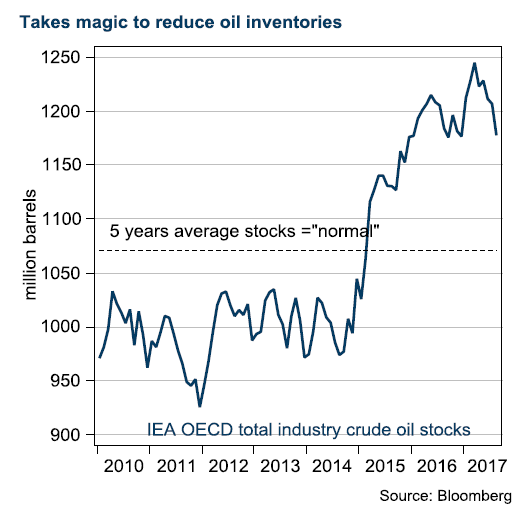 It has become obvious that Crown Prince Mohammed bin Salman, who has emerged as Saudi Arabia’s leading economic force, was the architect of the Saudi policy U-turn in Doha in 2016, leading up to the cut at the meeting in Vienna in November 2016. In our view, this was confirmed by the replacement of Ali al-Naimi, after two decades as oil minister, with the more politically-oriented Khalid al-Falih.

Prince Mohammed has put the divestment of Aramco at the top of his agenda, and that is the basis of Saudi policy and its willingness to cut production in return for a short-term rise in the oil price. The Aramco IPO should top the board’s agenda and will take place during the second half of 2018, according to al-Falih during a state visit to Russia earlier this autumn.

The savvy players recognise the danger of cutting production. History is repeating itself. Higher prices have triggered a reverse in the US production drop, extending the time it takes for the market to balance, and pushing the volume share away from OPEC and toward two non-cut participants, the US and recently also Libya. 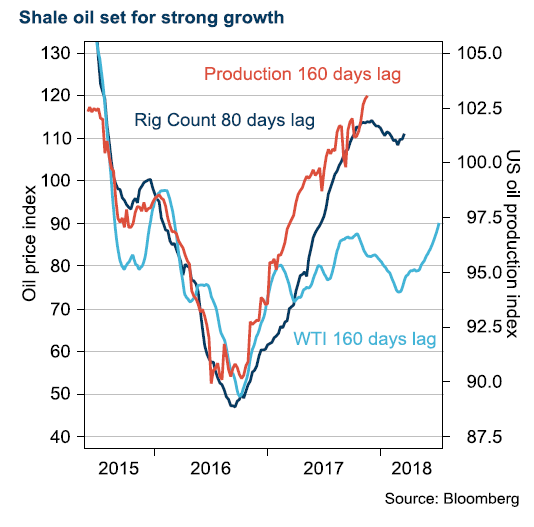 In our model, which has served us well since the cycle collapse in 2014, we see around an 80-day lag from peak to trough in prices, before a new activity direction in rig count, and we see around 80 more days before an impact on production. In other words, a 160-day lag in production from a new price direction. After the recent oil price rally, rig counts will start to increase in our model, and early data are already confirming this new trend, which will have a negative impact on oil prices.