Gold prices are trading at a 6-year high (as at 7 August 2019) as the US-China trade tensions intensify. The troika formed by the interplay amongst Trump, China and the US Federal Reserve (Fed) is resulting in a negative feedback loop that is likely to keep gold prices elevated over the course of 2019.

Trump’s announcement to raise tariffs on the remaining US$ 300Bn worth of Chinese goods to 10% from September 1, 2019 has rattled financial markets paving the way for a significant market sell-off. The announcement coincidentally was made a day after the Federal Open Market Committee (FOMC) meeting on 30-31 July 2019. As expected, the Fed lowered interest rates by 25 basis points (bps) and ended its Quantitative Tightening program. The real surprise emerged at the post-meeting press conference where Fed chairman Jay Powell appeared hawkish as he alluded to the interest rate cut as merely a “mid-cycle adjustment to policy” and “not the beginning of a long series of cuts” thereby dampening the prospect of further rate cuts. Powell also cited trade uncertainties as one of the three pillars which led to the decision of the quarter point rate cut.  Trump’s tariff hike announcement on Chinese goods is most likely a tactic being used by him to push the Fed to lower interest rates further in order to soften the blow to US economic growth while he raises the ante against China. At the same time, China is determined to be the world’s leading economic power and will not let Trump stand in its way. In response to Trump’s tariff announcement, the Chinese government has instructed state owned companies to suspend imports of US agricultural products and has devalued the Chinese Yuan. China is also strategically aware of Trump’s overarching goal to win the 2020 US presidential elections and is likely to embark on a tougher trade stance in order to lower Trump’s chances of winning the next US election. The reality is, US economic growth appears steady so far. The latest jobs report confirms that US consumers remain in a solid shape but the growth in job creation is slowing, wage growth remains subdued and core private consumption deflator inflation is running at 1.6% year-on-year (yoy) which justified the last US rate cut. We believe, the Fed’s hand will only be forced to act again if the deterioration of global trade starts to impact the US economy. This appears seemingly likely owing to the hard stance being adopted on trade policy by both the US and Chinese government.

Gold continues to reap the benefits

Rising economic uncertainty on global trade is reviving gold’s safe haven status and remains at the forefront of investors’ minds. This is evident from the net speculative futures positioning data on gold futures which are now at 292,847 contracts, more than 1-standard deviation above its five-year average, according to data from the Commodity Futures Trading Commission (CFTC).

In addition, net central bank purchases in the H1 2019 totalled 374.1tonnes, 57% higher over the prior year and the highest level since they became net purchasers in 2010 according to the World Gold Council (WGC). This record purchases by global central banks underscores the need to diversify their reserves away from the US dollar. Central bank buying of gold tends to be the stickier money and cannot be underestimated. Gold is also inversely related to the US dollar and we expect further US dollar weakness to unfold owing to the added pressure from Trump on the Fed, the dollar’s reduced yield advantage versus non-US dollar alternatives and the expansion of national debt which will outpace with US economic growth.

Non-yielding assets such as gold appear more attractive compared to other haven assets such as bonds that are yielding low to negative yields. Currently nearly US$12 trillion of global sovereign debt is negative yielding according to Bloomberg. Capital is clearly in search of better opportunities and this is likely to continue to favour gold in the long run. Gold has disappointed since 2012, as global monetary easing has helped bid up riskier financial assets. However, we believe there are limits to how much monetary easing by global central banks can achieve and as market participants soon come to terms with that reality, gold’s price trajectory is likely to take the next leg higher. 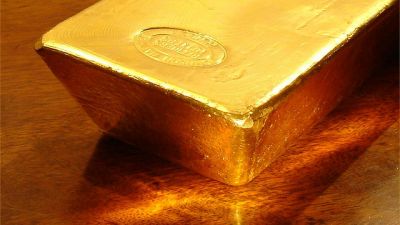