The clock is ticking for Europe to shield its economy amidst the current energy crisis. The cost of electricity across the European bloc is nearly 10 times the 10-year average in response to Russia cutting back natural gas supplies in retaliation to sanctions. There has been a substantial increase in the share of supply of Liquidifies Natural Gas (LNG) and alternative suppliers as a direct replacement of waning Russian gas supply.

European leaders are racing to come up with a plan on energy intervention in the power markets. One of the measures being touted is imposing an energy windfall tax on oil and gas profits to help households and businesses survive this upcoming winter season. The plan is to re-channel these unexpected profits from the energy sector to help domestic consumers and companies pay these high bills. The windfall tax on the oil and gas companies should be treated as a “solidarity contribution,” according to European Commission (EC) President, Ursula von der Leyen.

Imposing a windfall tax on those profiting from the war

A windfall tax would impose a levy on the revenues generated by non-gas producing companies when market prices exceed €200 per megawatt hour (Mwh) and redistribute excess revenues to vulnerable companies and households. There has been greater consensus among other European Union (EU) countries on the windfall tax compared to other parts of the European Commission’s 5-point plan. This includes – setting a price cap on Russian gas, a mandatory reduction in peak electricity demand, funding for ailing utility companies, a windfall tax on fossil fuel companies and changes to collateral requirements for electricity companies. The EC’s plan will need to meet the approval of the bloc before being enforced. The most controversial issue remains the Russian price cap – aimed at penalising Russia for weaponising energy.

There are major differences between member states based on those that rely on coal, nuclear or renewable power owing to which imposing a one energy policy will be challenging. Austria, Hungary, and Slovakia, known to import large amounts of Russian gas are against the price cap on Russian gas. On the other hand, a number of  EU countries including France, Italy, and Poland, support a cap, but argue it should apply to all imported forms of the fuel, including LNG. Germany is undecided but fears the disagreements on the price caps risk spoiling EU unity. Spain, a big generator of wind and solar power was quick to draw criticism of the proposed €200/Mwh as it does not correspond to the real costs and fails to support electrification and the deployment of renewables.

In the US, various Senators including Senate Finance Chair Ron Wyden, have proposed legislation that would double the tax rate of large oil and gas companies excess profits. However, given the current political climate it seems increasingly unlikely that these proposals would gain any traction in Congress.

Since the oil price plunge from 2014 to 2016 alongside climate change awareness and Environmental Social and Governance (ESG) mandates, the energy sector saw a sharp decline in capital expenditure (capex). Since then, capex in the global energy sector has failed to attain the levels last seen at the peak in 2014. While capex trends in Europe’s energy sector had begun to outpace that of the US, driven mainly by a rise in the share of spending on clean energy, we believe the impending energy crisis and energy policy including the national windfall levies in Europe are likely to disincentivise capex in Europe compared to the US over the medium term. High prices are encouraging several countries to step up fossil fuel investment, as they seek to secure and diversify their sources of supply.

The divergent energy policies and prevalent supply situations in the US and Europe opens up a potential opportunity in the energy sector. The energy sector has been the unique bright spot in global equity markets in 2022 posting the strongest earnings results in H1 2022. Despite its strong price performance, the US energy sector trades at a price to earnings (P/E) ratio of 8x and has a dividend yield of 3%. In September 2008, the energy sector had a 12.5% weight in the S&P 500 and was the fourth largest sector by market capitalisation in the world’s largest economy and equity market. Fast forward to today, the energy sector accounts for only 4% of the S&P 500 Index. While the future trajectory is greener, the world has come to terms with the fact that we will require oil and gas in the interim in order to fulfil our energy requirements. Investment is increasing in all parts of the energy sector, but the main boost in recent years has come from the power sector – mainly in renewables and grids – and from increased spending on end-use efficiency. As Europe plans to reduce its reliance on Russian energy supply, it will become more reliant on US LNG imports. This should fuel further investment in the US energy sector in the interim.

Defensive Assets: Gold, a precious ally in the fight against equity drawdown 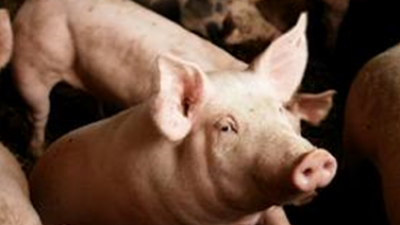 OPEC+ reaches historic deal, but is it enough?