We have turned bearish again and will remain so while below trading the 1434.05 August high. 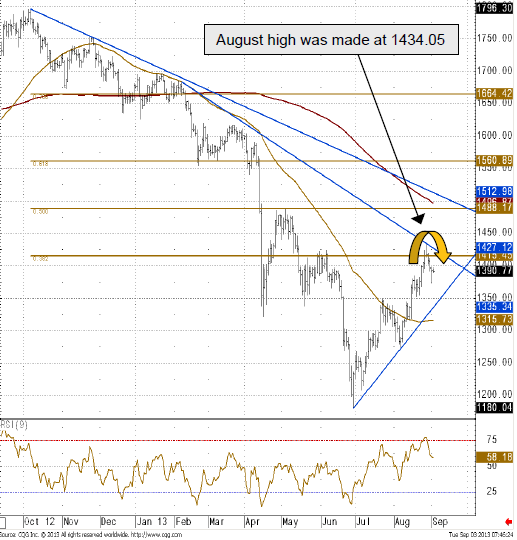 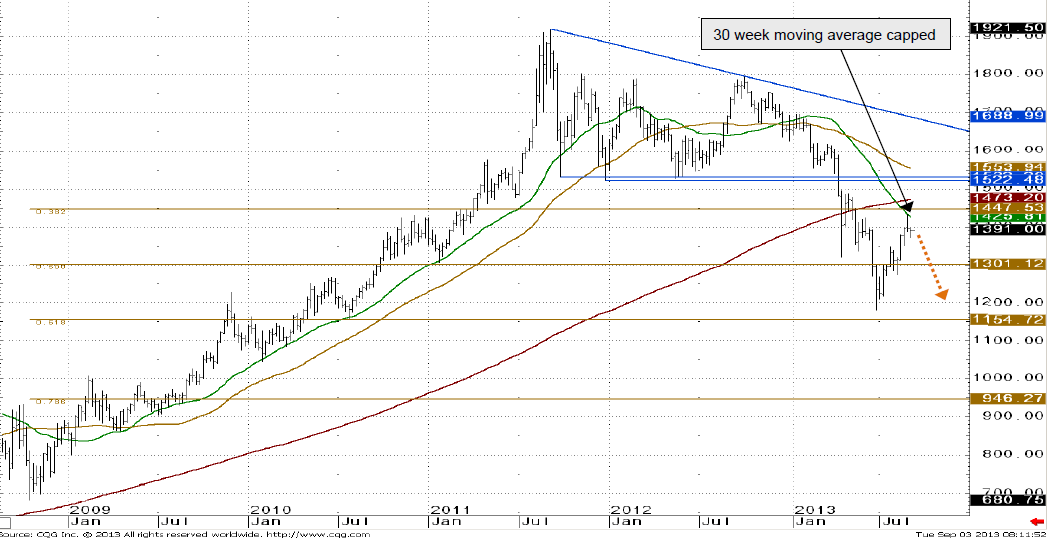