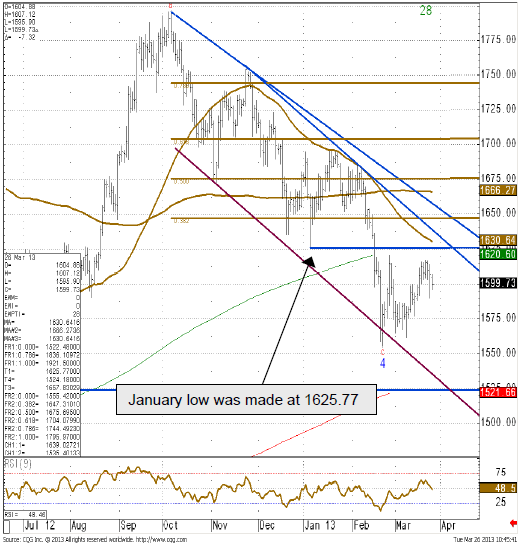 Gold continues to oscillate around the 1600 mark 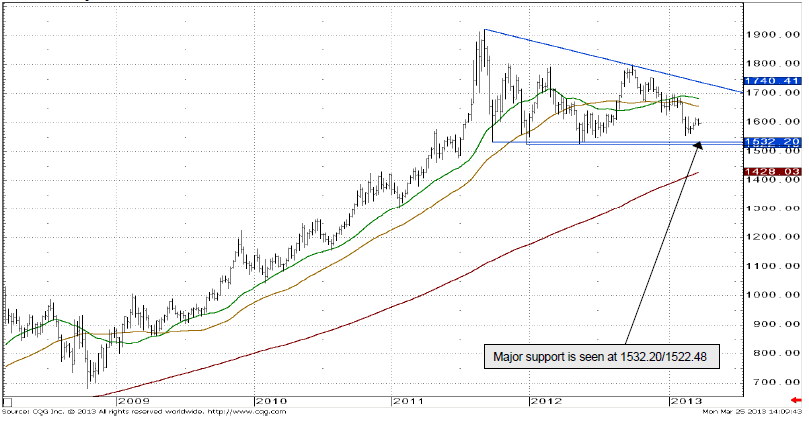