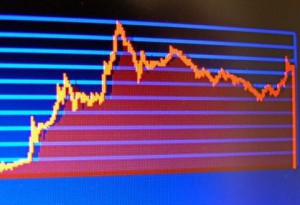 Single digit falls were a scarcity last week and as with the majors were not selective about commodities. It was indicative that even those with long term profiles were marked heavily down. They included Sirius Minerals, with a potentially worldclass potash deposit in the UK (down 13%), Strategic National Resources, well placed in anthracite in RSA (down 22%) and Zincox, whose innovative zinc dust recovery process is working at last, down 8%. Despite the now expected Friday rally in the gold price, up over $20/oz to end ahead on the week, the junior shares still suffered.

Beowulf Mining (See below) is doing iron ore exploration in Sweden. Its positives include a stable country, with a long mining history and proximity to markets. One of its negatives would be funny were it not serious: the development of a mine on its chosen patch could interfere with seasonal reindeer herding. Now don’t upset Father Christmas chaps. On a more practical note, they will get permission for the next phase of drilling but have not unreasonably been asked to post a bond (a modest c. £54,000) to cover potential damage. If mining companies worldwide were required to do similarly for industrial diseases and restoration, much agro would be avoided.

Discovery Metals, continues to give us positive news of its copper developments in Botswana. All 11 holes at its Zeta North East Prospect intersected mineralisation with vein thickness up to 9.5 metres and grades up to 2.2% Cu and 66g/t Ag. Production would be initially open pit but with underground potential.

Atlantic Coal (ATCP.L 0.25p Hi-Lo 0.625p-0.25p) presents a tidy operation mining high quality Pennsylvania anthracite and continues to tell us it is on the lookout for new deposits in the vicinity. But it continues to lose money. Year-end saw losses of $3.15M on close to $14M of revenues. Their recent share placing of $19M has helped but some positive action is needed here. 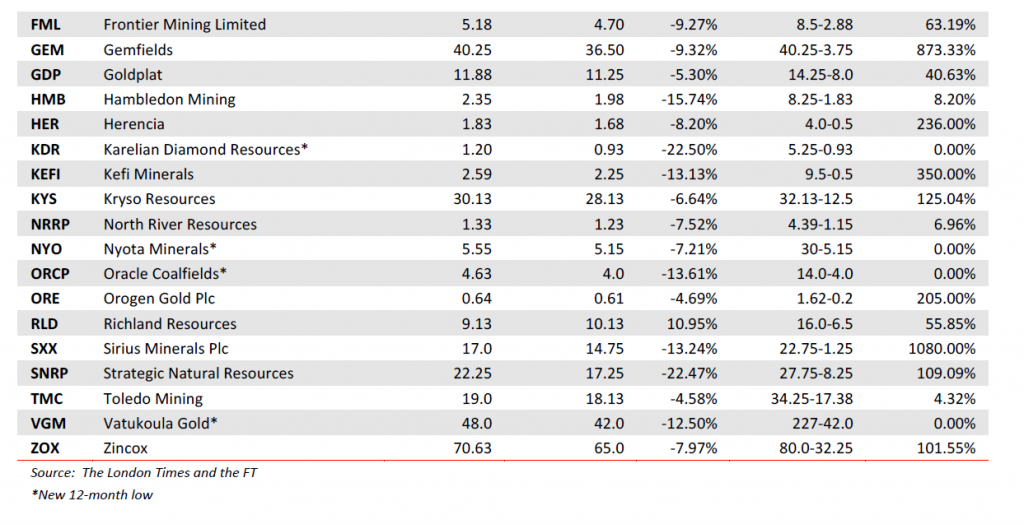