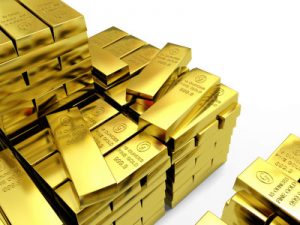 The big guns still call gold higher – Paulson’s Funds fall – Equities continue to underperform – India is the catalyst – What’s about the dollar and a gold standard? Platinum Piggy-backs – Lonmin looks beyond RSA – Zim rides roughshod as the majors kow-tow – and we hear it for conflict gold.

Gold. The shouting is more subdued now and it is not for $5000/oz. The fall in a short week was only 2%, to $1628/oz, but a further fall it was. Investec, the powerful RSA finance house, is looking for a 10% uplift to around $1850/oz this year. It has a tad of a vested interest, with a heavy gold stock representation in its $100 billion of client funds. It speaks of the metal being a currency in its own right and other currencies growing faster than the supply of new gold. Let’s just dwell on that for a minute.

Good try, Investec, but you need more than scare tactics to reignite the fire. Let’s look, too, at where the gold price has come from of late:

Have our economic woes really doubled in less than three and a half years?

India holds the aces. Panic-buying propels most gold price surges and when the panic subsides, so does the gold price. Steady purchases underpin a base price. India imports around 900tpy, over 35% of all new production. This is from a country with a c.17% of the world’s population and less than 5% of its GDP. It is a habit which will not easily be broken, but it is seriously worrying the government. So, in January, it upped the import duty, first from 1% to 2% in January, then to 4% in March. As a result, imports fell 55% in Q1 coincident with a jewellers’ strike. Gold fabrication is a major trade in the country and these moves are also hitting silver. Gold imports were noted as 90 tonnes in January-March as opposed to 280 tonnes in Q1 2011. Q2 purchases are also called down, at perhaps 150 tonnes against 250 in 2011. The concern of course is that the general population pours into gold what could otherwise be flowing into investment and industry. The Associated Chambers of Commerce and Industry warn that imports could reach $100bn by 2015-16 unless they are arbitrarily slowed. That is an almost unthinkable 2000 tonnes at current prices.

Paulson’s Woes Continue. The manager of the $24 bn fund which bears his name is currently suffering for his adherence to gold shares. It lost 13% in March as his holdings in blue chips such as Anglo Gold Ashanti and Nova Gold took it on the chin. The fund is 25% allocated to gold-related investments.

Gold and Silver: The “Ultimate Currency”. A strong case for the precious metal is made by the Emerging Trends Report. It goes back to the late 18th Century and speaks of the USA having been on a gold standard. Not true. Very little gold circulated in the USA; it was on a silver standard as gold was a very scarce commodity until the California gold rush of 1849-51. In 1850 only Britain was on the gold standard, but by 1900 every major nation bar China was on it (T. Green, The Ages of Gold, p. 326).

Platinum. The African dominated metal continues to take its lead from gold, despite having little in common except corrosion resistance. Despite the price having dropped over 20% from its recent peak and the monopoly RSA mining sector strikes, a surplus persists as does labour unrest. The NUM clearly feels it won the last round of negotiations, as it gained double-digit wage increases and now refuses to budge from its 12% demand at the Modwika Mine, a J/V between Anglo American Platinum and African Rainbow Minerals. So the companies have withdrawn from negotiations. The union says it will accelerate the strike and spread it to further mines. It would be interesting to learn what the NUM does about strike pay.

Lonmin. The world’s No 3 platinum producer, at 22tpy, 12% of total, is spreading its wings. It is exercising its rights to enter a J/V in the Wallbridge Mining Company’s North Range properties in the Sudbury area of Ontario, Canada. Over an area of 408sq km. they are prospecting for PGMs, copper, nickel and gold. This will add some welcome geographical diversity to the group portfolio, as long as the local mumbo-jumbo tribe or whatever does not demand overwhelming first nation rights. Lonmin (1012p; Hi-Lo 1760-941p). The shares rallied 13.5p on the news.

Conflict Free Gold. Although first publicised through the antics of the West African diamond trade, the ethic of channelling the spoils of mining to the financing of wars can apply to the other inputs of portable collateral including coloured gemstones and precious metals, particularly artisanal gold. It has prompted the World Gold Council to design a conflict-free gold standard. The WGC tells us 10-15% of all newly mined gold comes from artisanal and small scale sources (260-400tpy), in locations most likely to cause problems. The five-part standard means well, just as does the Kimberley Process for diamonds. The same problems loom:

A new Platinum extraction process. Time was (here we go, rocking chair tips over backwards into the pool) they scoffed at the idea of smelting metals other than by using charcoal. Only when the forests disappeared did they hit on coking coal.

Well, now comes the Kel Process for hydrometallurgically leaching PGMs from concentrate. Patented by one Keith Liddell. It claims to slash the all-inhibiting use of electricity in smelting, to recover 99% of the platinum and 98% of the other PGMs. It consumes but 14% of the electricity that smelting does, requires no milling and emits less than 15% of the CO2. To add Kel to a 250,000 oz/year operation costs $65 millions, about the same as a two-day work stoppage at Rustenberg.