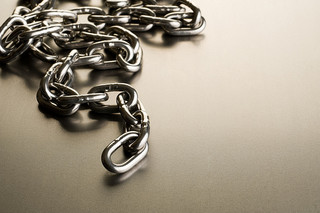 The accompanying table shows the movements 2008-2013 to put a perspective on how the markets developed in that turbulent period. The major increase in exchange traded metal prices from 2008-2010 owed much to continued Chinese demand, then heading for 10 years of double-digit growth. This encouraged miners large and small to step up both exploration and development. Then in 2010-11, China paused for breath and the Eurozone began to have liquidity problems, not least in Cyprus, Greece, France, Spain, Portugal and Ireland. This doubly troubled the major mining companies who were all well committed to both expansions and new project development. In the ensuing panic, CEOs lost their jobs, share prices were hammered and the new brooms swept projects into their storerooms.

The mild recovery of 2011-12 only saw prices return to 2009 levels or below whilst this year they slipped again, albeit at a lower speed. The biggest losers have been aluminium and nickel, each the victim of current and potential oversupply. Rio Tinto has lived to regret its expansion in aluminium via its purchase of Alcan and likewise Vale SA, picking up INCO and the Sudbury, Canada nickel field. Of the survivors, lead did so on a surge in the electric battery market and tin on the technicality of Indonesia’s restriction of exports (see Countries).

Summary. To repair their balance sheets, the producers have continued to pump out metals, thus adding to the surplus. Some have delayed major new developments, but these are on hold, not cold storage. Thus the expected recovery in the world economy, led by the USA will not lead to extreme shortages nor runaway price increases. The best we can expect is consolidation. 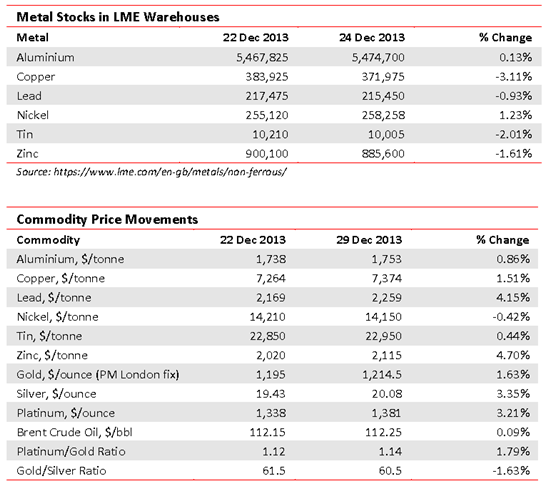