Positive US economic data, a firm US dollar and an increase in US bond yields to 3% caused the gold price to fall to a two-week low of $1,365 per troy ounce yesterday. As expected, the ECB has left interest rates unchanged. As ECB President Draghi announced at the press conference, however, the ECB Council did discuss lowering rates, though our economists do not believe there is any economic justification for doing so. China’s appetite for gold meanwhile still appears undiminished. In July, the country imported 129.2 tons of gold from Hong Kong, making this the third consecutive month in which China imported over 100 tons per month. At 113.2 tons, net gold imports were more than twice as high as last year. Since the beginning of the year, China has imported 631 tons of gold net from the former British Crown Colony, thus already significantly exceeding last year’s total import volume (555.2 tons). China thus remains the key driver of gold demand, and is also able to offset the weak investment demand to some extent. What is more, this is further evidence of the shift in gold demand from West to East. In South Africa, some movement is now evident in the pay negotiations. By its own account, the NUM union has received an improved offer from employers, though it has not released any details. According to media reports, NUM had previously lowered its demands, though the strikes will continue for the time being. Meanwhile, two smaller gold mining producers have agreed with the union on pay rises of as much as 8%. 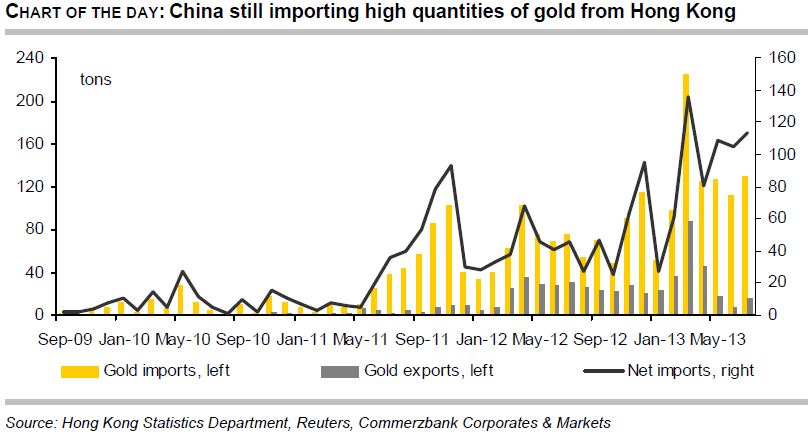 Gold – We have turned bearish again