We see a close to 100% probability of an extension of oil production cuts from OPEC at the upcoming OPEC meeting in Vienna on May 25. For H2 2017, we see compliance with proposed cuts as a much more difficult issue than the deal itself. We think there is a 95% probability that Russia will sign on for a new six-month production cut period, but we see only a 30% probability that Russia will keep compliance for that period. Oil cuts during H2 2017 will come at a high cost due to seasonally higher production. We believe the next big price turn will come from non-compliance from Russia in particular but also other OPEC countries, as growing US production shows evidence of the futility of subsidising growth there by keeping production off stream. Saudi Arabia seems assured that production cuts at any price are the right way to go; it seems to us that the longer OPEC tries to keep production down, the more such measures backfire. 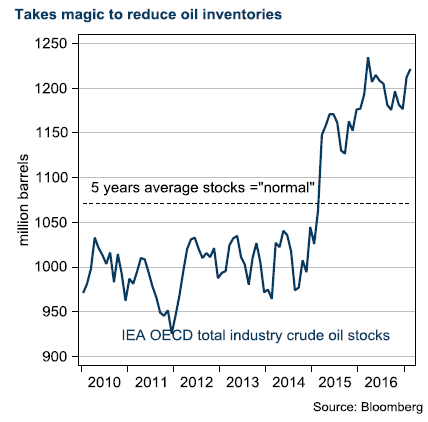 The OPEC and several other key producers including Russia have agreed to cut production by 1.8 million bbl/d for H1 2017 to reduce global glut, formally defined as retreating global stocks to normal levels, i.e. the five-year average. It is increasingly clear that the target will not be reached after the first six months of this year. Saudi Arabian oil minister Al-Falih opened up initially for an extension for H2 2017, and last week for nine months, including Q1 2018. Other core OPEC members have gradually confirmed the extension as well. We assume a Brent crude price of USD 50 fully reflects a six-month extension of OPEC production cuts.

It has become obvious that Deputy Crown Prince Mohammed bin Salman, who has emerged as Saudi Arabia’s leading economic force, was the architect behind the Saudis’ policy U-turn in Doha, leading up to the cut at the official meeting in Vienna in November 2016. In our view, this was confirmed by the shuffle of the Kingdom’s oil minister, replacing Ali al-Naimi after two decades. If this were a game of chess, we would view this as a rokade.

Prince Mohammed has designated divesting Armaco at the top of his agenda, and that forms the basis of the Saudis’ policy and willingness to cut production in compensation for a short-term higher oil price. 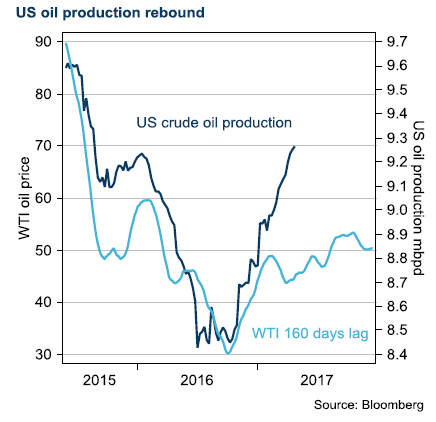 The savvy players recognise the danger of taking real action in cutting production. History is repeating itself. Higher prices have reversed the US production drop, extending the time it takes for the market to balance, and pushing the volume share away from OPEC and toward two non-cut participants, the US and lately also Libya.

We strongly argue it was too early for OPEC to take action. The rebalancing process had another year, perhaps two, before running its course. If OPEC had waited, a number of bankruptcies in the US energy sector would have played out, and some banks would have lost their faith in energy lending for a long time. Instead, US shale oil is growing at the same rate as it did before the 2014 oil slump and production is now higher than in 2014, which was about the time that OPEC initiated its strategy aimed at knocking off higher costs by flooding the market. Costs are dynamic, however, and the low-price era has pushed breakeven levels lower and provided a solid platform for future growth. 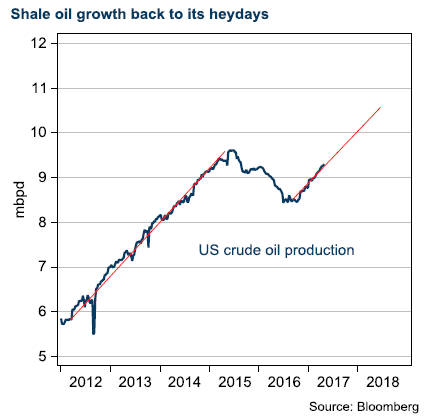 We base our strong opinion of a low 30% chance of an implemented cut during the second half on Russia’s seasonal oil production pattern. Russia has shown its usual low interest in active cuts, and takes its cut from a very high October 2016 production as a reference point for the curbs. Russia has cut about 250,000 bbl/d from its pledge of a 300,000 bbl/d cut, but production is still 1.6% higher than in 2016 and export are 2.14% higher than in March 2016. The first quarter is seasonally weak in Russian crude production, while the second half is stronger, and cuts in the seasonal peak require a strong commitment. We doubt that Russia will turn down additional market share for the sake of Saudi Arabia’s Aramco divestment. 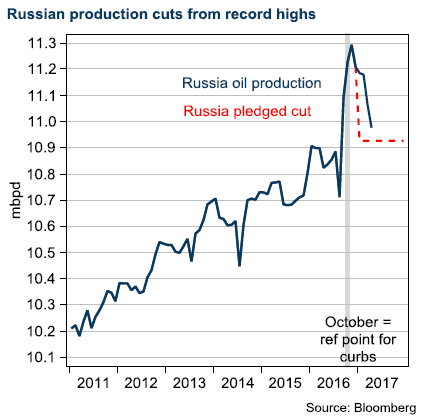 Russia has another reason to be careful in long-term cooperation with the Saudis. Russia has been successful in grabbing market share in China, the only oil consumer growing at any significant pace. This is not the right time to give up footprint anywhere, as competition will increase in all markets ahead.

With little chance of action from Vienna on May 25, we think eroding compliance will set the tone after the May meeting. The oil price will likely hover at around USD 40/bbl when the agreement on production cuts vanishes, and an extension of production cuts will not come into question at the second OPEC meeting this year in November-December. 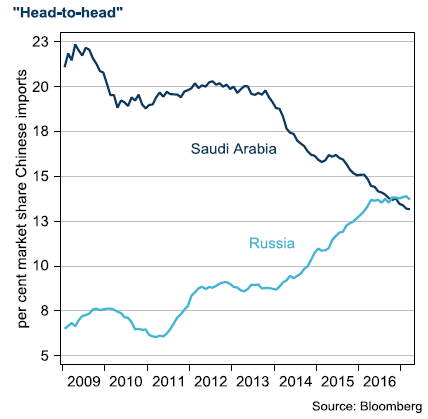 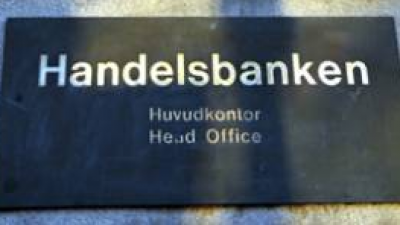