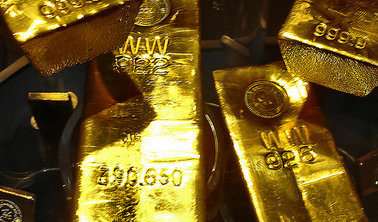 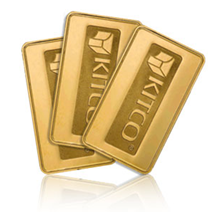 Gold ended the week down $10/oz and it could have been more. It hangs on to that $1300 bar as though its life depends upon it. Were the dollar not weak, it would be more. That seems strange to some against the politico-military backdrop, but right now, economics hold sway. Nobody, we believe, is going to send in the troops right now. Platinum took a bigger hit, reducing the Pt/Au premium to 1.11 from 1.13 as the strike-recovering RSA mines get back to normal. There is also a realisation of an underlying surplus.

Spot demand for gold now focuses. We know nobody uses the stuff much, so at least 2500tpa is added to identifiable supplies. Now that is c. $125bns and gives some stability. Yet to where does it go? Recently China has joined India as the major importer. Now the chief difference is that what goes into China stays there whilst a lot of India’s comes back out as fabricated jewellery. News from both countries is bearish this week. The Government of India, rightly disturbed by the effect of gold imports on its balance of payments, has slapped on entry taxes. So foreign purchases may drop by 15%, to 700t in 2014, having fallen 44% to 350t in H1. China’s demand, too, is slowing. In Q2 2014, it was down 52% to 192.5t. The two collectively account for half the world’s offtake and are trending below 1500t. None of this takes into account scrap recovery. The recent WGC survey corroborates these numbers with a 16% downtrend worldwide in Q2 to average 96.4t. Declining jewellery demand is a major factor and there is a growing feeling that 2013 and its high offtake was an exception. Total supply in Q2 was says WGC, up 10% to 1078t, of which mine supply added 4%.

WIM says: The gold price will always have its adherents, but recent events, a scary significance, have not propelled it. We stare at $1200/t for a current floor, anything more being froth. A move upwards on interest rates could propel it towards the $1000 level favoured by some solid institutions.

Silver has its day. The abandonment of the traditional London silver fix had a bit of lifeboats and the Titanic about it. Its replacement sees Thompson Reuters and CME taking over, all electronic-like, but nobody yet knows how it works. Time will certainly tell and quickly, too, we imagine. Of comfort is the fact that the US Mint says it will adopt the new system. But that prices silver not in dollars per ounce, but in dollars per ‘lakh’ or 100,000oz. It is something about volume. Americans should not be allowed near it. We regularly question quoting copper in cents per pound when millions of tonnes change hands and suspect we shall soon have speed in furlongs per fortnight.

Platinum. Of only passing interest can be the recent earnings of RSA platinum miners, following the six-month strike. Of note are those of Northam Platinum (NHMJ.J 4,551ZAc) which nosedived 98.2% in the year to June 30th (2.4¢ per share versus 132¢/share).

Production costs. Much competition recently to show that I can produce gold cheaper than you can produce gold. Unusually, the USA is a preferred destination, where AngloGold reports costs of $765/oz, $100 less than its RSA operations. Right up there, too, are Canada and Latin America.