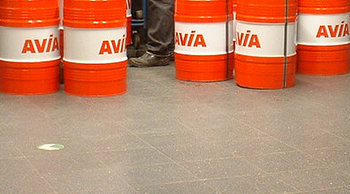 Not the Yellow Metal, the Black One.

Regular readers of the Week in Mining will know that we champion a number of causes, run competitions and offer substantial prizes to the winners. Trillions of dollars actually. The fact that they are Zimbabwean is of no consequence. We have SOTBO (Statement of the Blinding Obvious), which draws regular contenders. Then ROOTS (the Running Out Of Things Society) and also SAC (the Society for the Abolition of Clichés). This latter has outlawed “the yellow metal” (gold), the “red metal” (copper) and now has its teeth into “black gold” or oil, as it is also known. There is no basis of comparison between the two, since oil is industrially useful and gold is not. It simply represents the fear factor.

Presently, a tonne of oil is worth less than an ounce of gold and this could – unthinkably – become less.

This is not because of a pending crash in the gold price but potentially in that of our favourite lubricant. It is much about the arrival of shale oil, particularly in the USA. That country, the single greatest world economic power house and energy user, was largely responsible for the Organisation of Petroleum Exporting Countries, OPEC, establishing a position of dominance in supply, ensuing that for 40 years the world price was at least quadruple its cost of production. That could abruptly end. America is about to become the largest producer once more, possibly an exporter. At least it will switch the focus onto growing importers China and India and could significantly alter the US perception of its role as the Middle East policeman. Our next step for oil is for marker Brent Crude, currently at $110 per barrel, to register $80, then welcome to no-man’s land. The trend is undeniable.

The trend is unmistakable: The USA is producing more oil and using less. This was a deliberate policy before shale gas came along. Thus its import dependency fell in the decade by 118Mt and is expected to zero in the next 2 to 3 years. Natural gas presents an even more startling picture. Production in the period has bounced over 26% and is gaining momentum. Consumption rose only 10% but in doing so, local prices have fallen sharply, from a peak of $8.85 per million BTU in 2008 to $2.76 by 2012. This has been at the expense of coal, where, as shown, production has fallen 9.5% and consumption 22.6%, leaving the country a growing net exporter. For the foreseeable future, this puts serious pressure on OPEC and particularly the Middle East. It could alter America’s defence attitude to the region, leading continuing importers China, Japan, India, EU in the hot seat. We might again start to call it black gold if those two commodities start to chase each other down the price spiral.

It has put the International Energy Agency, IEA, on a spot. Only this year, that watchdog described shale oil as a “game changer”. The Middle East producers who account for about 40% of world crude output and 60% of exports, have slowed down on new projects. Further, their sovereign wealth funds, Kuwait, Bahrain, UAE, Jordan, have been heavily investing abroad in non-oil businesses. Now the IEA is having a bit of a revisit. It thinks shale oil is now “Surge rather than a revolution” and East of Suez will reassert itself by the mid 2020’s. The same source now says the USA will overtake Russia as the largest producer in 2015 (it was to have been 2017). Reserves worldwide continue to grow, not least offshore Brazil, whilst stirrings in the automobile industry, as we report in Watchtower, are not to be ignored.