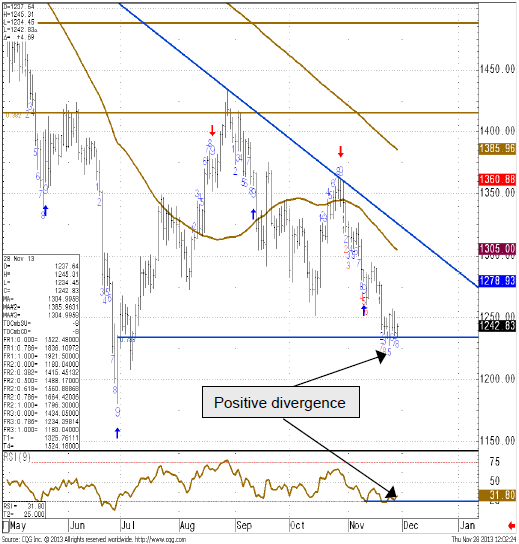 Has slipped through the six month support line at 1278.41 which should now act as resistance. 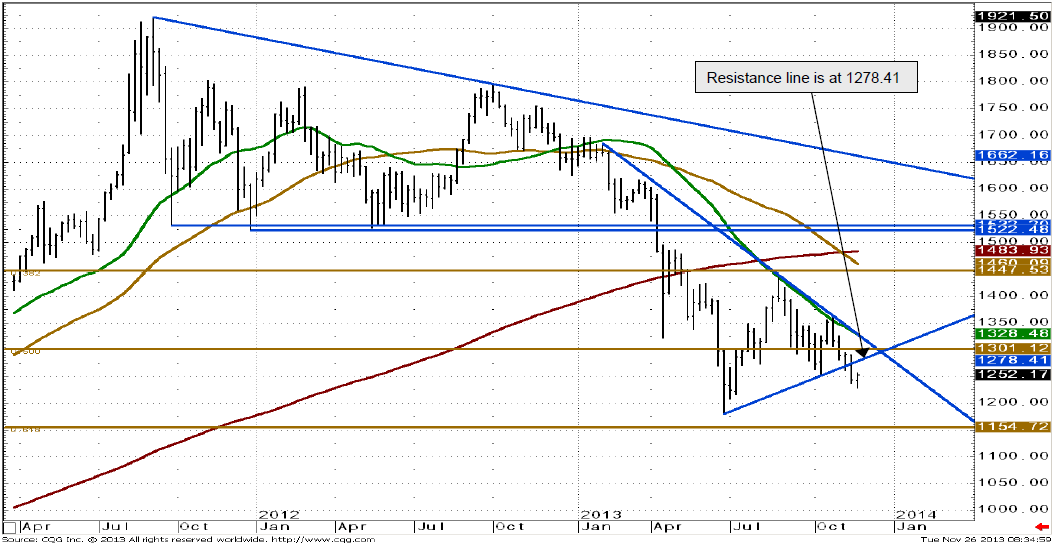 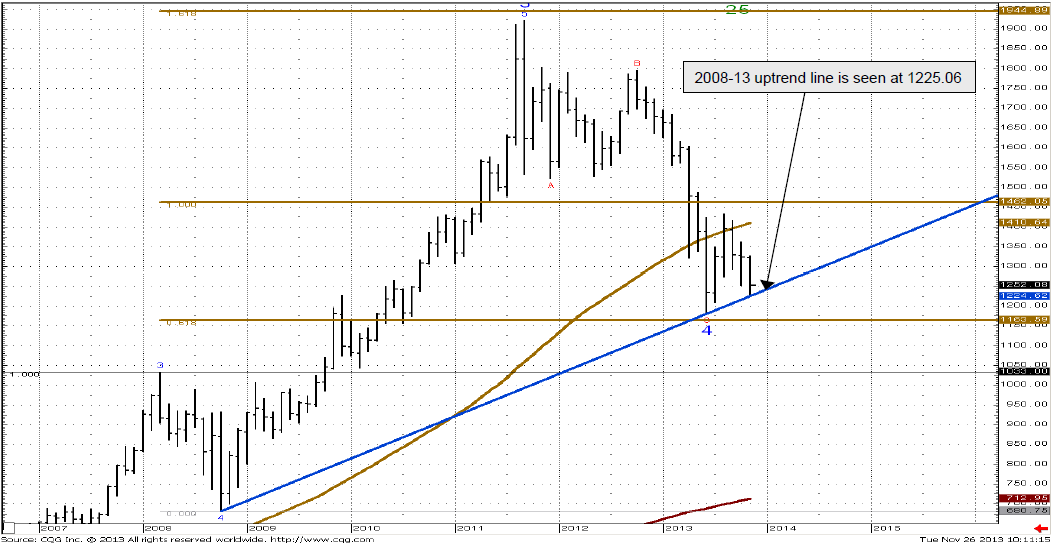