Yesterday Brent crude hit the 2015 high of $69.63/bl before crossing the $70/bl line with an intraday high of $70.05/bl (and thus the highest since 2014) while in the end closing below again at $69.26/bl (+0.09% on the day). We think that the market is as bullish as it gets at this point with little further upside left for now. Next week we are likely going to see that US shale oil production continues to grow at a marginal, annualized pace of about 1.2 m bl/d (+100 k bl/d from Jan to Feb). Later in the week the IEA will publish the OECD inventories. We expect that they are getting increasingly closer to the five year rolling average which likely is OPEC & Co’s target. Speculative positions are record high and technically at the most over-bought level since 2011. Today Donald Trump may give crude oil prices a last “omph” upwards as he’s likely to refuse to waive the Iran sanctions for a second time. However, this is probably as good as it gets on the upside this time around.

This relentless bull-rally has attracted more and more speculative money into the front end of the crude oil curve while producers have utilized the opportunity to sell further out.

This has led to an increasing steepening backwardation of the Brent crude oil curve. This has attracted yet more speculative money into oil because of the increasing positive roll-yield. Investors are now hand a marginal annualized return of 8% even if Brent spot only goes sideways. Backwardation and rising speculative positions typically feed on it selves.

Today the net long speculative position in Brent and WTI crude is record high in contract and at or very close to record positioning in dollar terms at close to $80bn.

While US east coast oil traders today are shrouded in bitter cold weather they will in 10 days’ time be sitting in above normal temperatures again.

Later in the week on Fri 19th we’ll have the IEA report which is likely to show that the OECD inventories are getting increasingly closer to the rolling 5-year average. OPEC & Co has promised the market to bring inventories down to the 5-year average but has not explicitly stated which 5-year normal. The market expects cuts to be maintained to the end of 2018. However, if the target is reached then OPEC & Co could gradually increase production.

Do remember Iran’s oil minister earlier in the week stating that OPEC does not want Brent above $60/bl since they fear it will stimulate US shale oil production too much. Well, next week we are likely going to see evidence of continued strongly growing US shale oil production and OECD inventories getting rapidly closer to the rolling 5-year average. 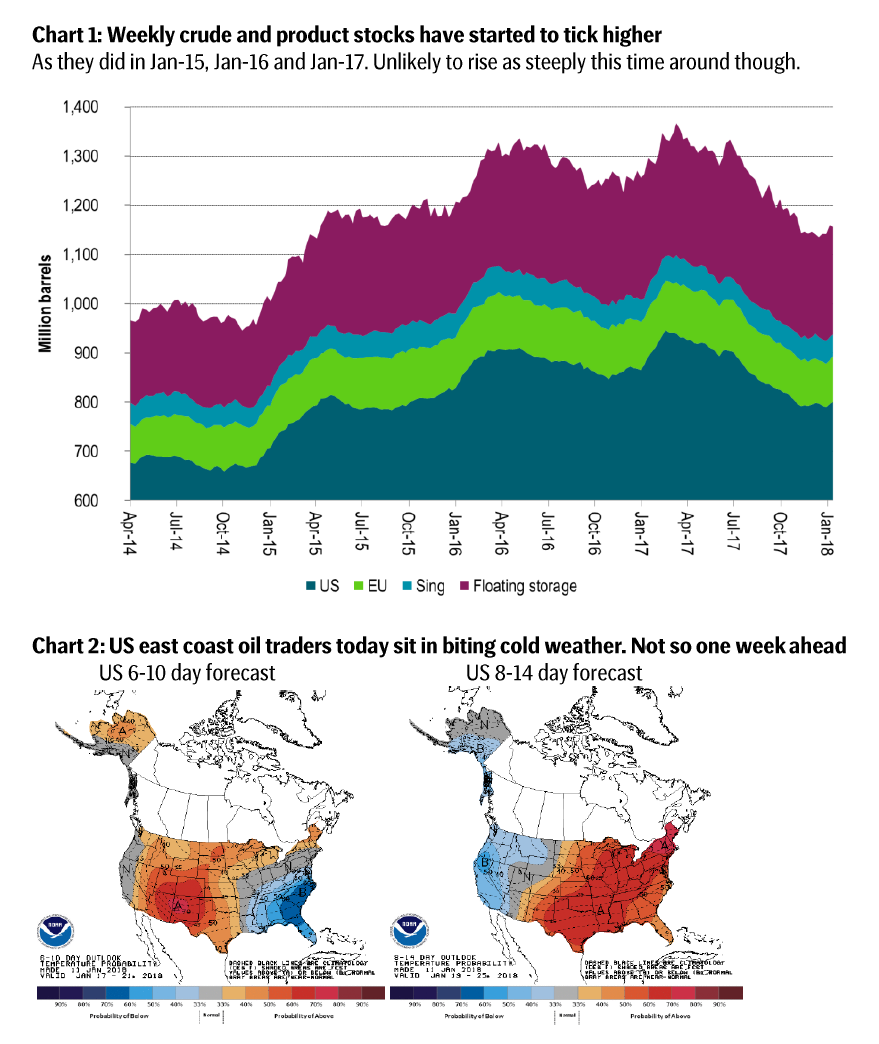 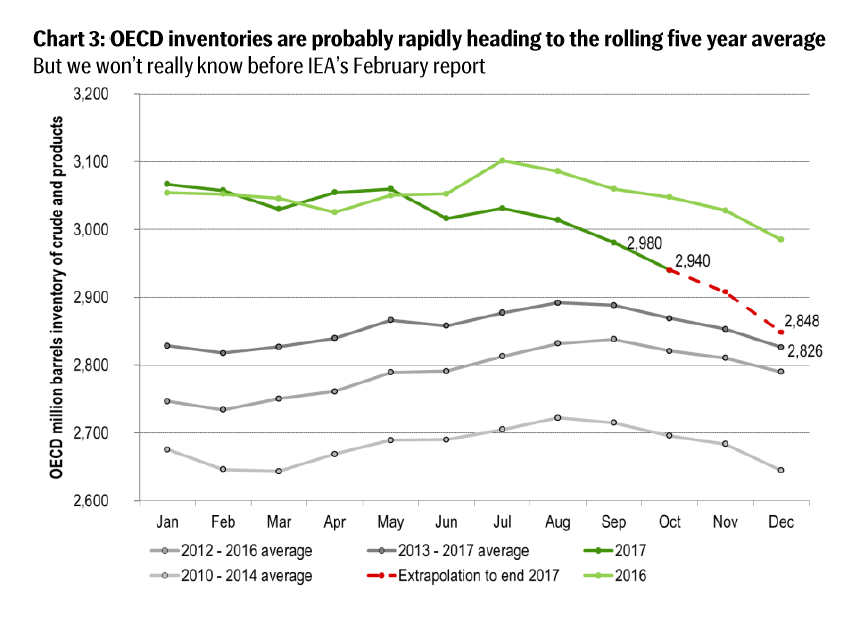