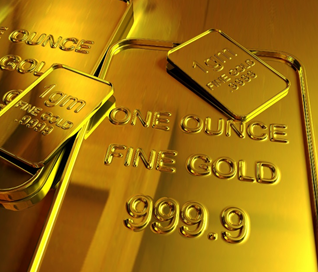 So down below $1300 clipped the gold fix whilst platinum stayed stubbornly at a 1.08 premium. It would, wouldn’t it, given the state of the industry in RSA. Perhaps, if Vladimir stays upright in the saddle, we can now treat the precious metals on their merits. If, as our leader suggests, the fear factor abates, then we can look at our $1200 downside as a marker. Barclays goes for perhaps $1050. Now the focus is on supply and demand. The latest offering from the WGC reads a bit like a student thesis. It pitches into the role fo the metal in managing emerging market risks (EM). Then it explores gold replacing bonds in balancing equity risk. Finally, it wraps up with its perspective to a hedge in an expanding financial system. Meanwhile, back to reality, here is what happened on the week.

The metals and the equities subside but in honesty, we have no clue what next week might bring. The US has shown its hand by ruling out force – presumably even if VP goes for the rest of the Ukraine. The Chinese are sitting on their hands an like the Japanese, South Koreans and Indians, desperately need a continuity of oil and gas supplies. So we saw:

The Gold Investor, Volume 5, is a hefty 38-page tome which explores the use of the metal in:

Gold as a hedge in an expanding financial system.

Even reading it is not for the faint-hearted. Frankly, we found it pedantic, academic and difficult to swallow. The facts it did give us included: Gold Demand in the 5 years ending 2013 showed 73% absorbed by emerging markets, principally India and China with only 27% by Europe, North America and others. The case for holding gold versus government bonds, rests primarily with the metal price rising, since bonds always offer a return whilst holding bullion does not. In conclusion, WGC says you should hold ‘some gold’ in your portfolio as a risk spreader.

WIM says: It was ever thus, but you can buy and sell gold on a whim. It is increasingly driven by political risk, only marginally by economics. Why not go for platinum, iron ore or copper, where you can have exposure to both? Just for reference:

So if you must choose physical, the choice is wide open and the trading mechanisms are available. As for the WGC report: If you are marooned on a desert island, recovering from a major operation or have been medically advised to avoid excitement, this is the read for you.

The Platinum Strike. The RSA mine strike, prompted by upstart union AMCU, is now in its 9th week. It is causing misery to the workers and major concern to the involved companies, Anglo Plat, Impala and Lonmin.

The union is demanding a doubling of wages and will not get it. The companies sell most of their output on long term contract, although at market-related prices and Anglo Plat, the largest, says it will buy on the open market to satisfy its customers for ‘some time to come’. We note that the price premium to gold has widened to 1.09 at $1413/oz vs $1295/oz. The country’s largest labour grouping COSATU, is calling on the government to intervene. That would legitimise similar wage increase calls countrywide even as elections approach. Uneasy lies the head that wears the crown, eh Jacob?

China and Gold. An increasing amount of the metal goes into China, but very little seems to come out. At least the Indians re-export as jewellery. So how much goes in and what happens to it? The bulk flows in via Hong Kong.

Newly-mined gold worldwide amounts to about 3,000tpa. China and India are now vying as the major importers at up to 1000t each. Additionally, China is now the leading producer at over 400t. Its imports are rising rapidly. In January- February 2014, it pulled 192.8t through Hong Kong. That annualises at almost 1200t. Its February draw alone was up 30% on January and 79% up year-on-year. Now that is normally a quiet month because of lunar new year, so what gives? Official Central Bank holdings are stuck at 1035t so where is it going?