Fertiliser Minerals are here to stay. Production and consumption sources are diverse with major miners such as Canada, Russia and Jordan feeding the mega-users India, Brazil and China. Brazil is attempting to redress the local imbalance with a big push on domestic deposits. Its major miner, Vale, best known for iron ore and nickel, is reported to be negotiating to ‘rent’ the Carnelita potassium deposit in NE Brazil, from Petrobras, the state-controlled oil company. Vale also has a potash project in Argentina and a nitrates mine in Peru. Like BHPB, it has committed to the sector but appears better balanced and with a shorter time plan to production.

Rum times. South Africa’s platinum industry, thus 75% of the world base, is in a mess of its own making. The street price is falling even as the output is falling. So demand must be falling, must it not? Gold cannot complain, at c. $1750 per ounce. It was under $1000/oz only a year or two ago. Yet an industry luminary, the CEO of Anglo Gold Ashanti. (World No 2, no less) tells us that at $1650 the miners will only just scrape by. Really, Mr. Cutifani. And Harmony’s CEO agrees with him. Now how come just as much was coming out of the ground recently at $800, $900, $1000? Could it just be that you have allowed untenable wage increases to creep in? That you have let yourselves be browbeaten by avaricious governments who only view the industry as a cash cow? As an argument it only just falls short of the – world – running out of – raw materials syndrome. Remember dividends? Now those were the days.

PGM recycling. It is always useful to read some well stated numbers on a hot industry. Thus we thank the world leader in its field Johnson Matthey for a reprint from Recycling Today on platinum’s link to the automobile industry. New Pt production is about 6Moz annually with 46% absorbed in the auto industry. New Pd production is similar but with 61% into autos. At current prices recycling is doubly worthwhile and is on the increase as older, heavy usage models, are scrapped. Thus in 2012 we could see a 20% increase in scrap recovery to perhaps 1.80Moz combined Pt and Pd. It might go some way to explaining the glut of the metal right now. But new car usage will surely soon overtake it. China, for instance has about one road vehicle per 20 people. Europe’s ratio is c. 5.0 and North America below 3.0. That will be a lot more PGMs on the road. If China and India catch up.

Generally quiet but if our trusty source, Mining Journal, is to be believed, the titanium feed stocks, ilmenite and rutile, are well marked up. The only news of international note includes Rio Tinto and BHPB swapping shares in the major Richards Bay facility in RSA. Zircon, too, found mostly in RSA and Australia showed some life. Mercury has had an impressive run from $600/flask to a current $2000. This itself is an almost 40% rise in a few months. The major outlets for the metal remains as an amalgam in gold concentration, and in specialised batteries. This represents its future, despite its being highly toxic. Its major production source is Spain. 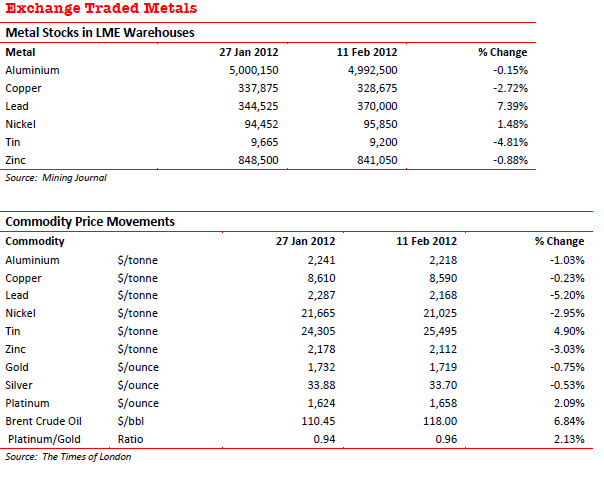 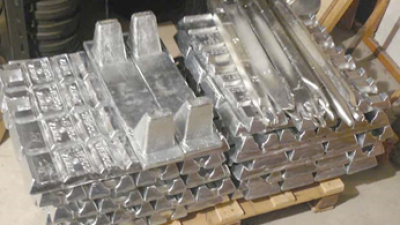 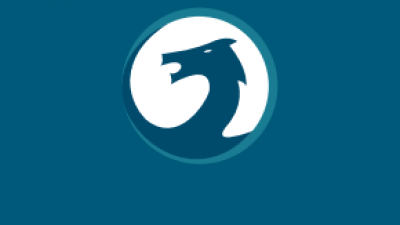