The sector rallied on better economic sentiment and the sharing of our view that the world is bigger than the Euro. Neither will we spin anti-clockwise down the vortex of life just because the French debt has been downgraded. Warehouse stocks did not join the euphoria. 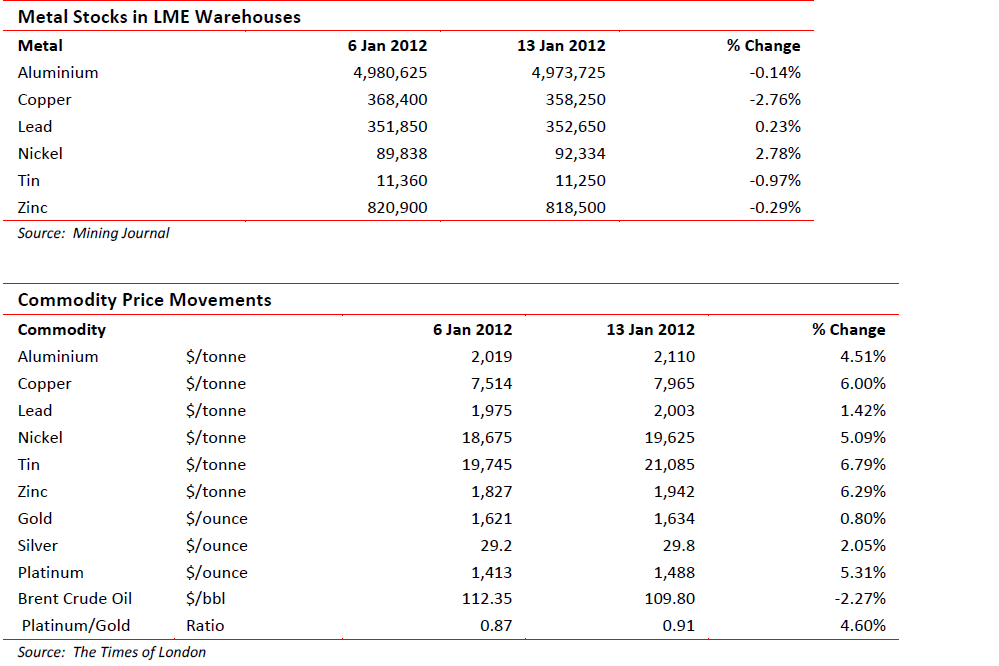 Alumina from Coal Ash? There is nothing new in the world, only someone willing to promote it. We produce that versatile metal aluminium in a 3-stage process starting with a cheap and cheerful raw material bauxite, which is high in the starter ingredient aluminium oxide, Al2O3. As the miners found out when they attempted a cartel in the 1960’s, it is not the only available substance. Clays and coal ash are also rich in it. So the Chinese (who else?) have decided to throw some of their vast surplus dollars into producing alumina, the half-way house, from coal ash. The company doing so is Shenhua, China’s largest coal producer. Makes sense so far. Now Mineweb reports that they are throwing $21.4bn at a project based at a coal mine of theirs in Inner Mongolia. The maths are a bit askew.

So you would need 200Mt x (20 ÷ 5) = 800Mt of ash. Thermal coal runs about 10% ash, so you would need to burn 800 x 10 = 8000Mt/y of power station coal to replace the bauxite. The power station burn is about 3,500Mt, so coal ash could in theory make a 60-65%, a hole in the bauxite market. But they are spending $21bn to find out if and how. We wish them luck. It would seriously upset Rio Tinto, Alcoa, Vale, BHPB and the Government of Guinea, if it worked, because they are big bauxite miners. You can also extract gold from seawater but that is another story.

It is a quiet week when gold does not merit at least a page. It flirted around last week, but did not run a temperature.

There may be an upward, speculative run now the Euro has been semi-trashed by S&P, but we think that will be all. The CEO of London market gold fixer Sharps Pixley came back from China last week. His findings, chronicled by Mineweb, are well worth a browse. He thinks the Chinese are on the move as buyers, both the Central Bank and the populace. He tells you what we repeatedly tell you, that for China’s central reserves to challenge those of the USA (or France, Germany or Japan), they have a long way to go. He also notes that with an export ban in place, what goes to China, stays in China.

Auto demand adds to pressure on platinum. Worldwide, there is a switch to diesel and alternatively-fuelled cars versus petrol models. This means better fuel efficiencies and less pressure on autocatalysts. It adds to the woes of South Africa’s platinum miners, but if they cut back, a shortage will drive up the price again. Not an argument to buy Pt shares.

AIM-listed Pan African Resources (15.25p; Hi-Lo 17.0-9.5) gets a buy signal in Shares Magazine. It is RSA-based and has both a mining operation at Barberton (95,000oz/yr) plus a recycling facility. It also pays a dividend, yield 5.3% at the current share price. There’s a novelty. Now it just happens that AIM-listed Goldplat is South African based, does recycling and has a primary gold mine in Kenya! Hmmmmm.

Little change on the week but the disparities between a year ago, six months ago and now are significant, as the table below shows:

Produced largely now by China, but with growing supplies from the former Soviet Republics it had been subjected to lower Chinese offerings but these have now improved. Its usage is dominated as a flame retardant and lead substitute.

Bismuth remains in obvious over supply with producers China, Korea and Bolivia having large offerings. We may see further weakness. Cadmium, that most versatile of minors, from food additives to dyestuffs and metal plating, remains somewhat in oversupply.

Cobalt, at $13.50-14.50/lb has picked up a little. Its supply still remains in the grip of DRC and Zambian miners with China’s intake on the rise. Mercury, despite environmental pressure, remains in big-demand as an amalgam in gold refining, particularly in small scale and artisanal workings. The EU has an export ban on the metal and prices seem destined for move on the upside. 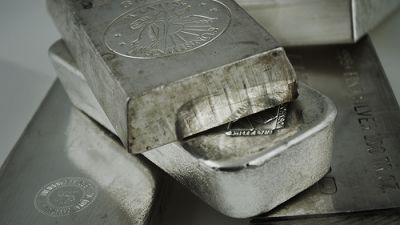 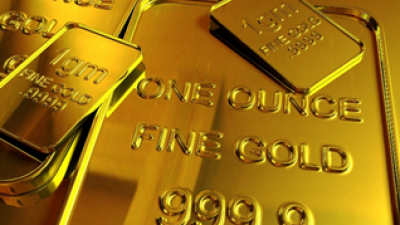