Molybdenum prices in Europe have risen rapidly following the World Trade Organization’s confirmation that the export duties and quotas imposed by China on molybdenum are incompatible with its WTO obligations. This report concludes a dispute initiated in March 2012 when the European Union, Japan, and the United States filed a formal request with the WTO for consultation with China over its restrictions on exports of rare earths, tungsten, and molybdenum. As of 16 April molybdenum prices have jumped nearly 31% to $13.20 (basis Metal Bulletin, US$ per pound Mo contained) since the 26 March report. Prices in China meanwhile are up just 4.2% over this same period.

China has yet to announce a formal response to the WTO’s ruling. There is a possibility that China may remove the export duties on some molybdenum products as a concession in order to keep duties and quotas on tungsten and rare earths. As part of a January 2013 response to a WTO ruling on a separate case regarding export taxes on silicon metal, silicon carbide, manganese, magnesium, zinc, bauxite, coking coal, fluorspar and yellow phosphorus, the Chinese government removed the 20% duty on the export of EMM as well as some of the duties of other metals.

China may be pushed to reduce or remove the current duties on molybdenum product exports, as had been the case with the electrolytic manganese (EMM) export duty. EMM exports rose strongly in response, possibly due to exporters officially reporting their goods at customs rather than smuggling them out of the country. Official EMM prices also fell.

The case for molybdenum differs from EMM, however, as it is a metal under consideration for a national resource classification. Official regulations for the molybdenum industry could be shifted to the Ministry of Land and Resources, which also manages tungsten and rare earths. There also are government concerns with regard to the price stability of these specialty metal markets. In the past, the Chinese government has adamantly opposed lowering prices for its raw material exports, particularly in instances related to price competition by a large number of domestic exporters. That said, there have been major producers voicing support for lowering trade barriers as they seek to expand sales internationally in response to the lack of orders for the surplus metal in the domestic market.

Furthermore molybdenum prices in the western world are being bolstered by robust demand, which has been strengthening in regions outside of China. This is most notable in Europe and South Korea, which have seen a strong rebound in steel production during first two months of 2014 growing 6.5% and 3.9% year-on-year, respectively, compared to -2.2% and -4.8% in all of 2013. Crude steel production is also strengthening in Japan, with output rising 3.8% in the first two months of 2014 from year ago levels. 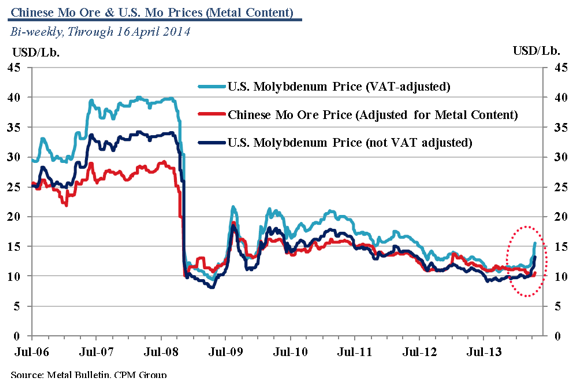 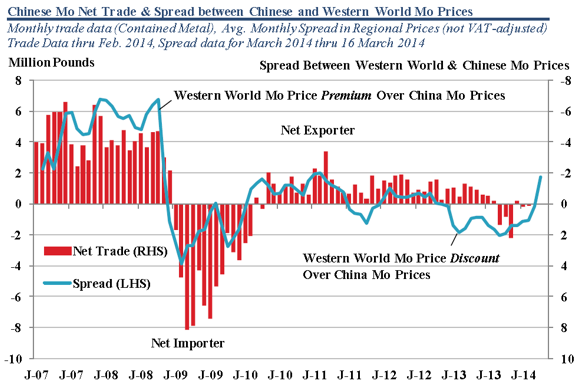 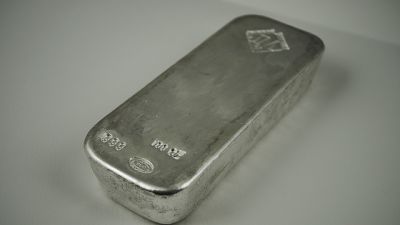