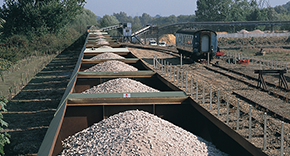 The emphasis swung back to Potash this week as the miners began to retreat, but iron ore retained a full head of steam, advancing a solid $3 to $139.2/t.

Potash. There is more to this market than the collapse of the sales cartel. It is increasingly obvious it is over supplied and the pipeline is full. Thus, a buyers’ market. The major customers, Brazil, India, China, are wily birds. So the pressure on the supply side. It is two-fold: Those with it and have too much; those developing who are facing a potential surplus. To the former, Canada and Russia have a tight grip on a +50Mt/yr market for the essential fertilizer market worth, even at recently reduced prices, up to $20bn per year.

Effective marketing cartels have, until recently, ensured lucrative margins. They are no more, since the Russian arrangement between the world’s largest miner, OAO Uralkali and it partner Belarukali, fell apart. It resulted in the potash price collapsing from a transient $700/t to nearer $300/t. Even at this, they still talk of $150/t margin. In Canada, leader Potash Corporation is cutting back with over 1000 employees to get the axe in a combined efficiency and output reducing measure. Its local competitors Agrium and Mosaic Co. are likely to follow suit. WIM says: It takes 5-7 years to develop a deep potash mine and those who plunged in recently are feeling the pain. They include BHPB (Jansen, Canada), Sirius (UK) and Vale.

Iron Ore continues its steady recovery, although not cheering – much – share prices. We note:

This does not alter the picture for a potential long term ample supply, based on Australia and West Africa in particular.

London Mining (AIM 111.50p Hi-Lo 189.75p-86.00p) has shelved plans to bring in a partner to help expand its Marampa, Sierra Leone, Mine. Instead it will concentrate on reducing debt and returning cash to investors. In its efforts it says: refinanced existing debt will be upped by $20M to $200M to fund expansion to 6.5Mt/yr plus the extended maturity of a $110M convertible loan, from 2016 to 2019 at a coupon rising from 8% to 12%. That is hefty.

Chinese imports of iron ore, perhaps more correctly, Australia exports, are on the up. Port Headland, which handles up to a fifth of all seaborne trade, saw an increase in exports of 38%, year-on-year, in November 2013. 22.3Mt went out in the month. Japan to 2.2Mt (also up 38%) and Korea doubled to 2.9Mt. The port handles cargoes for BHPB, Fortesque and Atlas.