The price spread between Brent and WTI has recently shrunk to its lowest level since the beginning of 2011. This is mainly due to the disproportionate fall in the Brent oil price. WTI, on the other hand, has benefited from growing US rail transport capacity and resulting arbitrage opportunities. These have now reached their limit, in view of rail transport costs. With the commissioning of new US pipeline capacity, the narrowing of the price difference is likely to continue in the second half of the year. 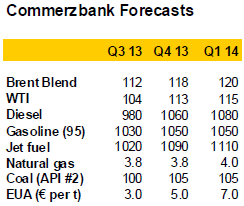 One of the most remarkable and surprising developments in the oil market this year is the rapid narrowing of the price differential between Brent and WTI. At the beginning of March, the spread between the prices of the two most important oil types was more than 20 USD per barrel. Since then it has shrunk temporarily to less than 8 USD, the smallest it has been since January 2011 (chart 1). The spread tightening since early March is largely due to the weakness of the Brent price. Since the beginning of the year, Brent has fallen by around 8%. Besides the general weakness of industrial commodities – the LME base metals index has fallen by around 7% over the same period – Brent-specific factors have also been at work. For example, the North Sea oil supply has normalised in recent months. After months of production-related delivery delays, spring actually saw an oversupply of Brent. Another contributory factor was the fall in demand for North Sea oil after South Korea closed a tax loophole at the beginning of April. This had favoured the purchase of North Sea oil by South Korean customers after a free trade agreement was signed with the EU starting in July 2011. Furthermore, Brent increasingly has to compete for customers in the Asia-Pacific region with similar-quality crude oil from West Africa. The USA is importing far less oil from West Africa due to rising domestic production of (shale) oil.

However, the narrowing is also due to the WTI price. Against the general trend of falling commodity prices, WTI has risen by 2% since the beginning of the year. This is remarkable given that US crude oil stocks rose to an all-time high in May and US oil production reached a 21-year high in the same month. However, newly built transport capacity has made it possible to drain the oversupply in the US Midwest to other parts of the country more quickly. As a result, stockpiles in Cushing – the storage and delivery point for WTI – fell slightly up to the beginning of May. 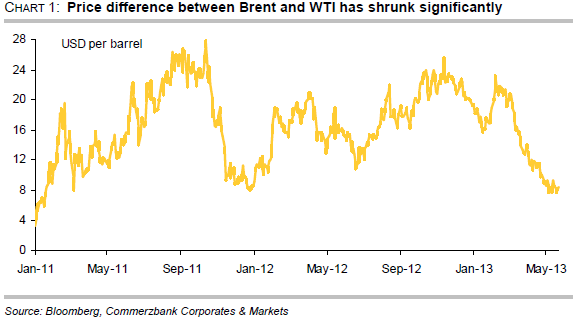 The development of rail transport capacity is having an effect. According to the US Railway Association, between the start of the year and mid-May, around 50% more crude oil and oil products were transported by rail than in the same period last year (chart 2). Total goods transport by rail rose by only 1% y-o-y in the same period. The railway makes it possible to transport surplus shale oil from the US Midwest, not only to refineries on the US Gulf Coast, but also to the US East Coast and eastern Canada. The refineries on the US East Coast and in eastern Canada prefer to process light oil. As these refineries gain access to light shale oil from their country’s interior, so their demand for imports from the Atlantic Basin – i.e. from Western Europe or West Africa – diminishes. This in turn puts pressure on the Brent oil price.

Pipeline capacity is set to rise steadily over the coming months and will provide sufficient relief in the medium-term. A noteworthy example is the reversed Longhorn Pipeline, through which crude oil has been able since mid-April to flow from the Permian Basin in Texas to the Gulf Coast, and no longer as previously to Cushing. During the summer months the capacity of this pipeline will increase by 150,000 barrels per day, which should be enough to balance the increase in oil production in the US Midwest and prevent Cushing stocks from rising. With the expected commissioning of the southern Keystone XL Pipeline in December, capacity will increase by an additional 400,000 barrels per day. Another 100,000 barrels per day will be added as soon as the extended Seaway Pipeline is able to return to full capacity in Q4. The now completed reversal of the Ho-Ho Pipeline plays an important role in this regard. This is able to carry up to 300,000 barrels of oil per day from Houston to Houma in Louisiana. A noticeable decline in Cushing stocks is expected from autumn onwards, which should cause the price differential to shrink to 5 USD per barrel by year-end. Pipeline transport costs are 2-4 USD per barrel. The price differential between Brent and WTI should fall to this level next year. 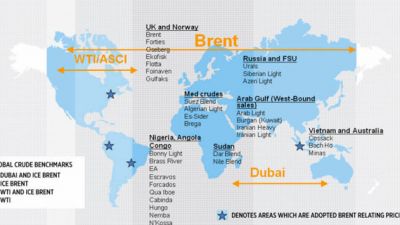 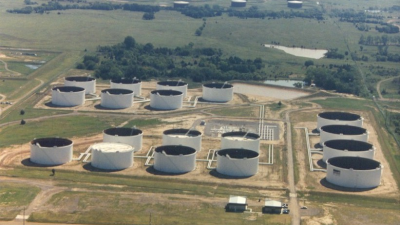 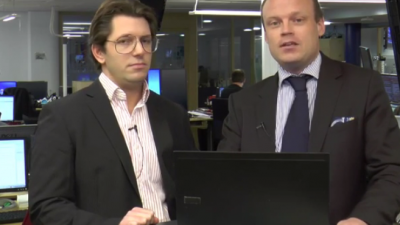