When is a surplus not a surplus? Both prices and stock levels tell us that aluminium, nickel and zinc have a longish-term sogginess about them, whilst copper is set fair and few presently care about lead or tin. Zinc has been a football for a few years now but to remind ourselves:

Effectively it is 45% below and 79% above, its 7 year top and bottom. The most exposed countries are China and the USA as exporters/importers whilst the company most at risk will be the combined Xstrata/Glencore combine with 15% of mined production and a dominant position in both refining and trading. We see no rapid recovery for zinc, but maybe Glencore does. It has reportedly signed a deal to buy concentrates from Peru’s Volcan (2.8% of world output) for processing without charge, presumably in the hope that the metal price will rise. This is not an unknown stratagem but faith plays more than a walking on part.

Aluminium. When all else fails, talk your own game. Rusal, the world’s largest producer of the beleaguered light metal (10% of total) thinks the other major producers will cut output this year. It looks to the Chinese to take the lead. No real reason why they should. They are the biggest smelters by far, at 40% of world total, but that only matches their domestic demand. It is Russia which has the problem, providing as it does 26% of all exports. 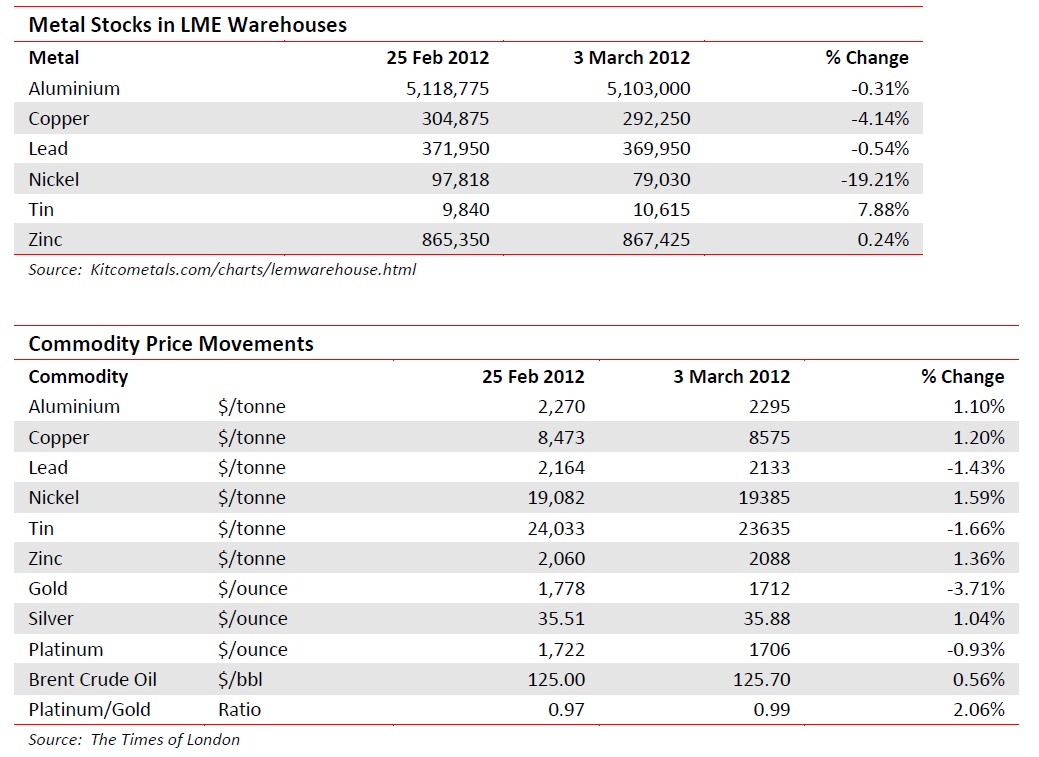