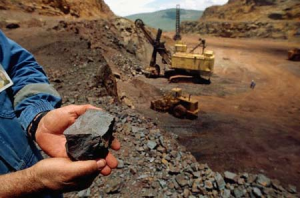 Wood MacKenzie analysts’ speaking at the Reuters Mining Summit predicted that “while iron ore supply is set to grow relatively quickly, the rate of demand growth from steel makers is expected to fall.”

At the same time “steel production in top producer China will grow by about 5 percent in the next few years, down from double-digit growth in the last decade. This is due to overcapacity in the market which has squeezed the steelmakers’ margins and is forcing them to reduce capacity or shut down some furnaces.”

Their Iron Ore principal analyst said of the iron ore market “you have got this turning point on the horizon when this wall or wave of supply hits the market. Historically we tend to keep pushing that further and further out because we tend to underestimate how challenging it is to bring on this new supply. To some extent the story has changed a bit now because when you look at the new supply scheduled to come on stream a lot of it is in the hands of the major producers who are well financed and well positioned and committed to invest through the cycle almost regardless of prices.”

Wood MacKenzie have some interesting views her for a fact but we feel that they misses the big picture. We agree that there are some big names behind some big future projects but some of these are in difficult locations such as West Africa (political risk and logistics) or like Baffinland (logistics). It also ignores the departure of India as an exporter.

Related Topics:iron orewood mackenzie
Up Next