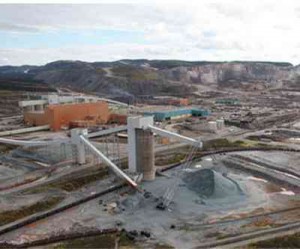 Potash. Almost half the world’s known resources of potash lie at depth under the prairies of Saskatchewan, Canada’s mid-west province. It is about to have its first new mine in almost 40 years now Germany’s K + S Group has broken ground at what will be the Legacy Mine, near Bethune. It comes courtesy of K + S, Europe’s largest potash company, having taken over Potash one for $434M in 2011. They speak of a development cost of $3.25bn. The production ramp up is from 1.0Mtpa c. 2016 to over 20Mtpa by 2023. The company is unlikely to be able to join the Canadian potash consortium, because of European anti-competition laws.

Iron Ore. The spot price has risen steadily, since the beginning of June, as we show, in contrast to base metals. Some cheer at least for the producers and developers. Sundance Resources (ASX) has reported in The Cameroon. The total haematite resource is now noted at 775.4Mt of 57.2% iron, mostly in the indicated category. An initial resource of 1.4bn tonnes is also announced at the Nabeba deposit in the Republic of Congo. It grades 35%.

Chromite. The ferrochrome price remains under pressure as surplus production pours out from the platinum miners in South Africa’s Bushveld Complex. Jubilee Platinum (JSE: AIM. 11p Hi-Lo 22.75p-10p) has been awarded the rights to recover PGM’s from the tailings of Dilokong chromite mine near Burgersfort, RSA. The life of the project will be only six years, but the company also has the rights to new mine arisings. They speak of a revenue of R67M/yr ($8M), which is a nice little earner.

Moves from the majors. That the conglomerates are top heavy with cash is comforting in a recession, but faced with a downturn in commodity demand and prices, they are proceeding with caution. Rio Tinto had marked down $16bn for Capex in 2012 before it had a rethink. Now it is edging forward. It will do $3.7bn on expanding its Pilbara, Western Australia iron ore and $500M on its Simandou, Guinea project, also iron ore. The latter will mostly be for port and railway infrastructure. They still have faith in the Chinese, expecting steel production there to grow from a present 700Mt/yr to 1000Mt/yr by 2030. Rio will also extend the life of its Bingham Canyon, Utah copper gold mine from 2018 to 2029. 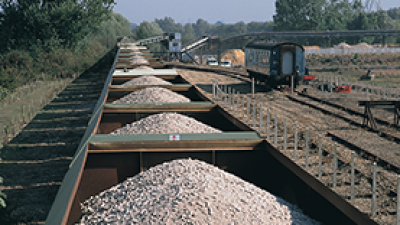