Gold continues to nudge ahead as the Iraq conflict intensifies; we can expect little else. America has its finger on the trigger even as it and the UK dither over increases in interest rates. So lots of incentives to stay with the metal right now. Platinum saw the end of the RSA miners’ strike, after 24 weeks, so an inevitable price drift follows.

Silver, as ever, is hostage to the two whilst the short-lived palladium bubble will surely pop. We are into politico-economic land.

Gold goes down when interest rates rise, normally. Gold goes up when people start throwing things at each other, usually. That is how we see it now. Both features are behind the metal but this can quickly change.

The stock market has not bought into it fully yet:

We are not alone in believing this rally cannot last. Bloomberg thinks so too. Begging the question as to whether Fed. Chair Janet Yellen and Bank of England governor Mark Carney are having an affair, we witness that they are certainly holding hands on interest rates at least. They will stay low. So Bloomberg says its consensus pull goes for a gold price of $1240 in Q4 and $1300 in Q1 2015. Then it opts for a shilly-shally of $1225-1270. It also notes that daily London trading volumes were down, 16% in the 4 months through to April to c. 18.3Moz per day and the least since 2010. US domestic gold buying is also down. The sale of one-ounce Eagle coins was 252.500 in the 6 months to June, 60% on like 2013. Holdings in global ETFs are at their lowest since 2009. Clearly America believes in economic growth, not gold.

ETFs and all that (Exchange Traded Funds) were a good idea. Have a stake in a physical metal without having to pay VAT, store and insure the stuff, but not take a risk on share prices. So they became popular. Dangerous, too. These funds hold thousands of tonnes and the managers can decide on when to sell. Not like an individual rattling a few Krugerrand. They became popular in China and India where locals pay a premium on the gold price. The migration of gold and silver from West to East has been notable. But now, in China at least, the music may have stopped awhile so decreasing premiums attach. What it all points to is an increase in volatility on a short term basis.

Peru and gold. In fact, Peru and what else? That large South American country is major to copper (8% of world output), silver (16%), zinc (12%) and lead (6%). Its importance rests in the fact that most of its output is exported, much to China. But it is troubled politically. A largely peasant population is easily swayed to the communist persuasion and this has been behind Newmont Mining (NYSE) the world’s No 2 producer, halting the major Conga project there. It sits in the mineral-rich Cajamarca region where political tensions run high. Now the regional president, one G Santos, has just been jailed for 14 months whilst a corruption enquiry takes place. G.S. did not think the Conga miner would do the peasants any good.

Silver is on a charm offensive. It has breached $21/oz on the upside but to remind, in late 2012, it bettered $30. The ratio to gold rests at c.62:1, where as it has seen 55:1. The metal’s rampers are coming out of the woodwork but we ask, why? We conservatively believe there to be about 9,000,000 tonnes of silver on surface, being added to at 20,000 tonnes annually. It has industrial uses, all capable of substitution if the price is right. The only silver corner of recent years, the Bunker-Hunt endeavour of 1980-81, was carefully orchestrated but short-lived. Little chance of a replay now.

Platinum celebrated the end of the longest and costliest strike in South Africa’s history with militant union AMCU declaring “a victory”. Well, they would, wouldn’t they? Over the week, the price edged up a notch, $23 or 1.6% to $1479/oz. What now? To the immediate we have the share prices of the three involved companies:

Not bad when you have suffered a six-months outage of production. There were threats of cash calls, but none materialised. Surface stocks, including recycled material, held out. Now for the aftermath. We discuss it more broadly in this week’s leader and warn it will be a telling one (the aftermath, not the leader). This strike has done the country lasting damage and we suspect that both Angloplats and Lonmin are looking for a new home. What will need close examination is the true supply-demand position on the metal’s availability. Mine production will flow again so we can only see the price being under pressure. 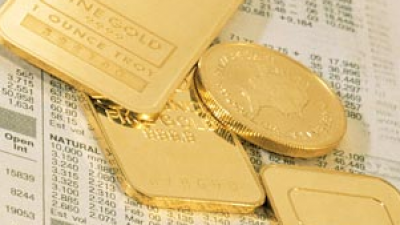