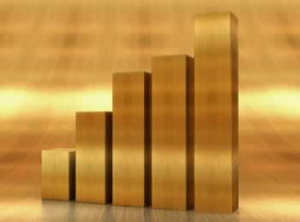 The mood of the market is softening but much serious thought is being given to the role of gold and its price and demand direction. The superficial analytical froth is being blown of the top of the glass and reality is setting in. We know the numbers: how much there is, how much is newly produced and who are the traditional buyers. So what we are really debating is what is the place of the metal in the future. Is it a store of long term value? Does it have a role in the monetary system? Or is it the sponge which soaks up the fear factor? The upshot is this: what will be the price extremes and what will be their time spans? The role of gold will affect its long term price profile but hardly its rate of new production. It is because the price direction is so uncertain that major new sources will be difficult both to find and to fund. The same cannot be said of platinum because of its tight geographical supply and its industrial applications. And silver? Its value of newly mined production is about one-sixth that of gold but its volume about fifty times. Arguably it could do some catching up.

Surplus stocks are infinitely larger and it has some industrial uses. So poor relation it looks destined to remain.

So whither gold? A busy man of late, Ross Norman, CEO of major London bullion dealers Sharps Pixley, spoke at both the European Gold Forum and Mining Journal’s Gold Day last week. His historic analysis alone was worth the attendance but a summary of his findings was telling. Gold is not in a bubble. Fundamental changes in the monetary markets are seeing to that. The metal’s 17% annual compound increase over the past 12 years has formed a solid base. Investment demand is the key with eastern markets making it much easier for individuals to buy compared with their western counterparts. Don’t be surprised at $3000/oz somewhere down the line.

GFMS does not greatly diverge from this view, but notes that a strong dollar has a negative influence on gold, as now. The dollar strength, of course, has two supports:

Yet, every view deserves a hearing: