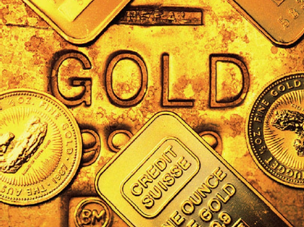 Here we go again. Says a ‘usually authoritative” source, gold will nudge $1900 by August on its way to five figures sometime. Now our inveterate readers know WIM is for $40,000, but only on remonetisation, which is not even a distant prospect. The fact is that in the two weeks which have straddled the before-during-after-Vladimir’s threat to invade the Ukraine, February 23-March 7th, our favourite friend has nudged up from $1322 to $1335, about 1%. Now commenting on all this keeps us hacks in business. Where lies reality? We think it is this: The true price of a commodity, in a balanced market, is its cost of production plus a reasonable margin of profit.

Well, Vladimir, Syria, Egypt, selected bits of Africa and the EU currency crises. Then demand. That 3000 new tonnes are produced and consumed is not in doubt, but there are c.150,000t of surface stocks readily identifiable. At the right price they will come out as that keeps a lid on the casserole. Yet patterns are changing. China and India have a taste for about 1000tpa each, even as the West is slackening. The paper and pseudo markets come into play. ETFs, forwards all chip-in. But they are transient. So it brings in the thorny one, how to value an equity when its underlying commodity is a hot potato. They have for the most part been seriously re-rated since the 2012-13 crash and the wakeup signal.

India. Do we clutch at straws? The world’s largest importer of gold does two things with its +1000tpa imports. Some is re-exported in jewellery form which helps the balance of payments, but much goes under the bed, which damages the federal account. So the government hiked import duties, which had a telling effect. The current account deficit narrowed to a four-year low, of $4.2bn, Oct-Dec, compared with $5.2bn in the prior quarter. It has helped the rupee up 11% from its all-time low of October 26th. But China’s appetite shows no sign of slowing. Yet.

The London Gold Fix is entrenched, if archaic. Now Deutsche Bank has withdrawn as a member we hear South Africa’s Standard Bank, in conjunction with Commercial Bank of China (ICBC) may replace it. To put this market into context, at current prices, the value of newly-mined gold in the world is about $125 billions. The daily London turnover, says the London Bullion Market Association, is c. $240 billions. More will be heard of ICBC, we are sure.

Silver is seeing strong investment demand, particularly for coins. The US Mint saw sales up 26% in 2013, at 42.6Moz the highest since it started marketing in 1986. Canada registered an increase of 60% and Australia 62%.

Platinum nudged its premium to gold ahead, from 1.08 to 1.12 as the unions and mine owners continue their stand-off on wage increases. So far no strain on physical supplies, but one is bound to show if this continues.

WIM says: our view is well recorded. The unions will lose this one and it could turn bloody. The government, facing an election, is impotent