Iron ore. It is perhaps reassuring in that the rampant bulls who trample the dirt on the floor of the gold market are absent from the iron ore pit. Since June 13, but 3 weeks, our favourite ferrous metal has kicked up 6% from $90.9 to $96.5/t. In that same period, gold moved from $1273/oz to $1319, but 3.6%. Yet the shindig it created could have stifled the organ at St. Pauls. They don’t make iron ore Krugerrands do they? Difference is, iron ore is purely industrial, whilst gold is politico-military-economic. Yet even as the major base mineral, 2.5 billion tonnes per year, has collapsed from $140/t to $90/t in 18 months, its output has continued, even as demand has fallen. Reasons abound.

Its production and sale is the lifeblood of major companies such as Vale, Rio Tinto, BHPB, Fortesque and each is waiting to see who falls off the perch first. Pity then, the strugglers, smaller producers and developers, who are below them. A note of cheer this week is rumour of Chinese restocking. It seems the economy there is picking up – the factory sector grew at its fastest pace in 6 months last week.

WIM says: This market largely stands and falls by Chinese import demand, which is 60% of world total, at around 650Mt/yr. Domestic production, at c. 900Mt/yr, is also 37% of world total. Now much of China’s output is from antiquated, domestic mines which are both polluted and costly. Given the world’s burgeoning output. China can afford to be choosy, let skip its own production and buy-in. It can also invest abroad, as it is doing, to safeguard supplies.

We believe this is what they call being in the driver’s seat. Also, we speak of grade. Shipping ore has a benchmark of 62% Fe, at which a big tonnage is mined in Brazil, Australia and parts of Africa. China’s on average is much lower, so needs upgrading, which is expensive. This focuses on the otherwise prohibitively expensive Simandou deposit in Guinea (Rio Tinto, Vale), which runs at up to 65% Fe.

Supporting our view on China having free reign to dictate the market is Citigroup, which looks for an average of $104/t in 2014. Most think the domestic Chinese producers need $120/t as a comfort level. A recent victim is Labrador Iron which has cancelled plans to open its James Mine in Canada. This company is clearly in a tight spot.

Potash. The world position on the premium mineral fertilizer is akin in Canada with what diamonds and gold once were to South Africa. Canada has a major hold on that market and it is daily strengthened by the country being recognised as a political and economic safe haven. Its potash competition is presently from Russia but new deposits are being flagged worldwide, major ones, in Brazil, Germany, Spain, UK, Argentina, Australia. If all come to fruition there would be a glut, not the widely forecast squeeze. The major German producer, K + SAG, is developing a $4bn mine in Canada, the Legacy in Saskatchewan. On its heels is a J/V in the same territory, the Albany, by Rio Tinto and Russian producer Acron. Then there is the BHPB “waiting-in-the-wings” Jansen deposit and a massive but of late abandoned one by Vale SA in Argentina, the Sirius hopeful in the UK and one in northern Ethiopia by established producer, Allana.

WIM says: Let’s talk about this shortage eh? The price of commercial grade potash currently sits at about $350/t, a half of its all-time high. Tread with care. 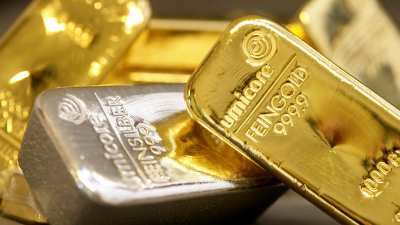 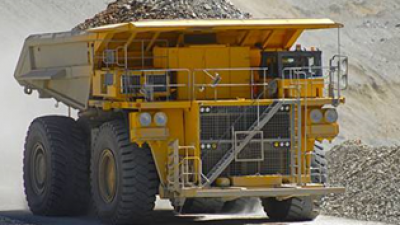