At the backend of 2011 we were not quite a lone voice in warning that gold – and therefore its siblings platinum and silver – might come off a bit, but it was lonely out there. The $2,500 and $5,000 bulls were pawing the ground and snorting hot gases from most orifices. We sounded the first note of caution on Dec. 10th when gold was $1717/oz. It obliged by falling to $1,578/oz by year end. As we write it sits at $1,717, hardly a bull run considering what the Euro, Iran, Syria, Bahrain et al have thrown at it. Now the bulls are in the pen and others see downside pressure, too. Amongst its anti-friends is one Warren Buffett who believes in assets that work for a living. He gets comfort from Charles Gibson of Edison Investment Management who feels the upward-only trend is coming to an end. No we are not performing bears, but $1,400-$1,500 would still be a high historic price. Yet it take two to contango and the CEO of Anglo Gold, the world No 3 miner thinks we could easily breach $2,000 this year. We are all staying on the tramlines, are we not? Mark you, Mark Cutifani, he of Anglo, says Mr. Buffett does not understand gold or gold investors. Presumably therefore neither does US asset manager John Paulson who keeps trimming his exposure to the shares. It is a brave man who calls W.B. to account, let alone Paulson.

Gold ended the week as it started. It seems only a definitive move by Iran in the Strait of Hormuz or with its nuclear toys or both will provide a nearby stimulus. Noteworthy on the week: Goldfields CEO Nick Holland qualifies for the SOTBO award this 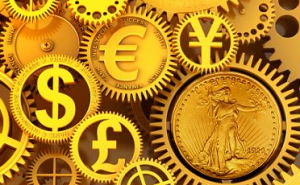 week. He tells us South Africa is one of the most expensive places for gold mining. Nick, old friend, when you get down to 16,000 feet life ain’t cheap anymore. His cost per ounce is $968 in RSA compared with $590 in Peru and $841 in Australia. He also notes above-inflation-average wage increases. These things happen if you are not careful.

India has more gold under the bed than anyone else. They use it as collateral for loans, would you believe, a practice which is growing apace. The Reserve Bank is getting itchy about this as the sums involved approach $10bn, which is 180 tonnes of metal. It is a shark-infested business, where they speak of 12-24% as a rate of interest. Given India’s long history with gold, they might regulate but they won’t stop it.