Price action – Falling back below the $50/b line
Brent crude fell back 4.6% last week to $50.46/b. The sell-off started Friday the week before and then accelerated at the beginning of last week. This time it was not about the USD which actually weakened over the period. News last Monday from OPEC that its September oil production reached the highest level in three years (31.57 mb/d) probably helped to push the price down. A solid rise in US crude oil stocks (+7.6 mb) and fairly bearish oil market reports from IEA and EIA (oil market in surplus throughout 2016) added bearish sentiment during the week. Chinese imports (total economy) falling 17.7% y/y in September did not help on the sentiment either. Industrial metals were mixed but overall down 0.7% last week. This morning Brent crude is down 1.2% to $49.9/b with industrial metals also in the red both oil and metals obviously unimpressed by slightly better than expected China Q3 GDP growth of 6.9%. Disappointing this morning is China apparent oil demand falling 1.8% y/y in September. Still falling US rig count on Friday (US oil rigs down 10 to 595) has not yet been able to push the price higher this morning. 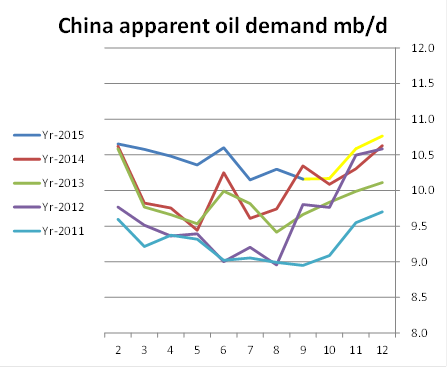 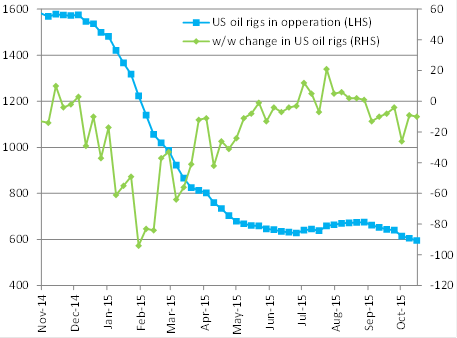 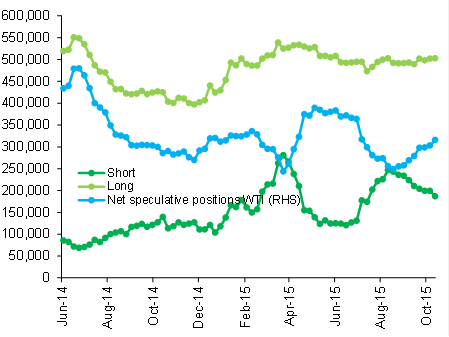 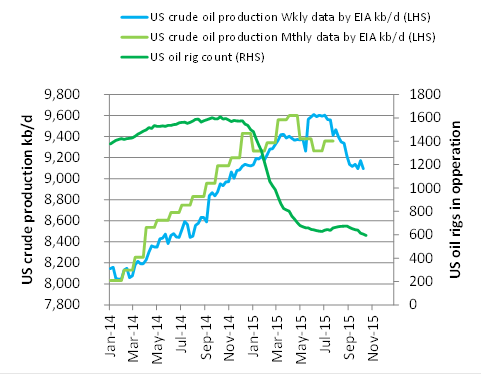 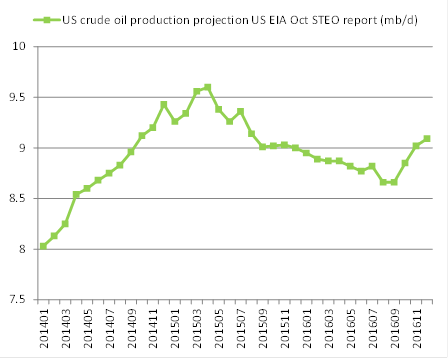 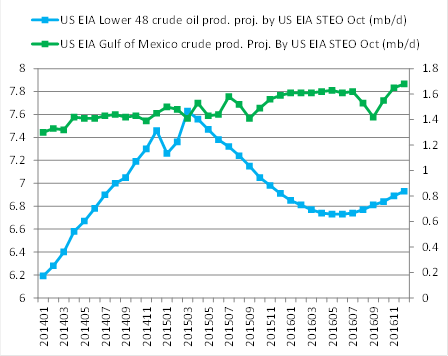 EIA – Global oil to remain oversupplied in 2016 as demand slows and Iranian exports recover
Demand growth likely to revert to long term trend in 2016 after a boost to oil demand growth in 2015 due to a steep y/y fall in oil prices it said. Global market to remain in surplus despite falling US production. 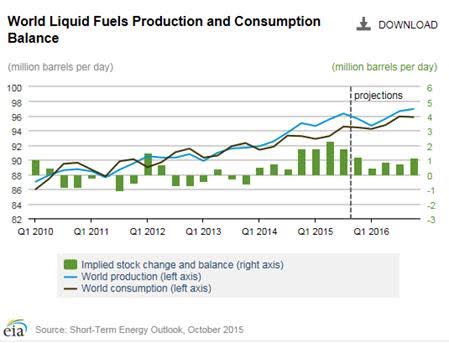 IEA – Global oil market to remain in surplus throughout 2016 if Iran returns to market
Reduced IMF growth outlook for 2016 (from 3.8% to 3.6%) leads to reduced oil demand growth for 2016. Strong demand growth did however continue into 3Q15. 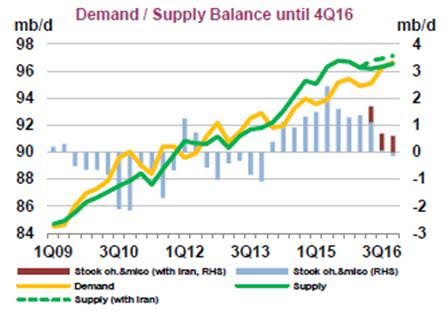 ”Bear market” as a contrarian indicator