Brent crude traded much of the day yesterday on the weak side as API predicted US crude stocks to rise and president Macron placed a revised Iran nuclear deal proposition on Trumps table. US crude stocks did indeed rise 2.2 m bl last week and Brent traded to an intraday low of $73.17/bl on the back of that. Prices however recovered quickly thereafter as lower refinery utilization was seen as the key reason for the crude inventory rise. The continued 2.6 m bl decline in US distillate stocks which were already below normal also gave the inventory data a more positive flavour. In the end Brent crude closed 0.2% higher on the day at $74/bl thus taking a breather following the intraday high of $75.47/bl from the day before.

This morning Brent crude is trading 0.6% higher at $74.4/bl on the back of Macron’s statement that he thinks Donald Trump will dump the Iran deal. Donald have called the current deal “Insane” and “The worst deal ever” and reiterated this just minutes after sitting down with Macron describing the deal as “terrible” and “insane”. Though Angela Merkel is heading to the US on Friday trying to persuade Trump to stay in the deal it now seems likely that Trump will dump the deal in order to start new negotiations with a clean slate with his Iran nuclear deal hawks Mike Pompeo and John Bolton at the negotiation table.

Ch1: US crude production rise to 10.6 m bl/d
US crude oil production grows on track with our expectations. 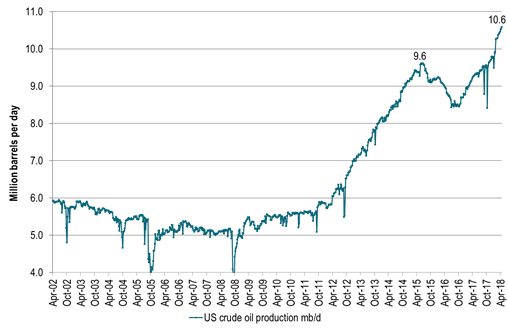 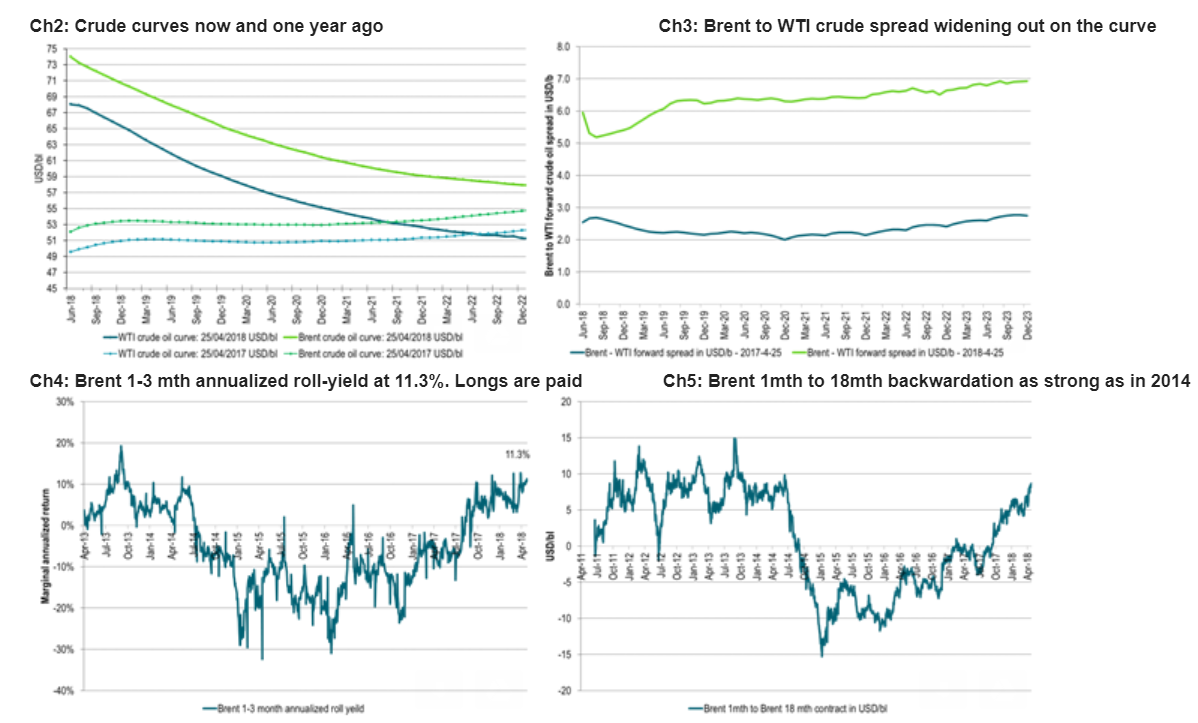 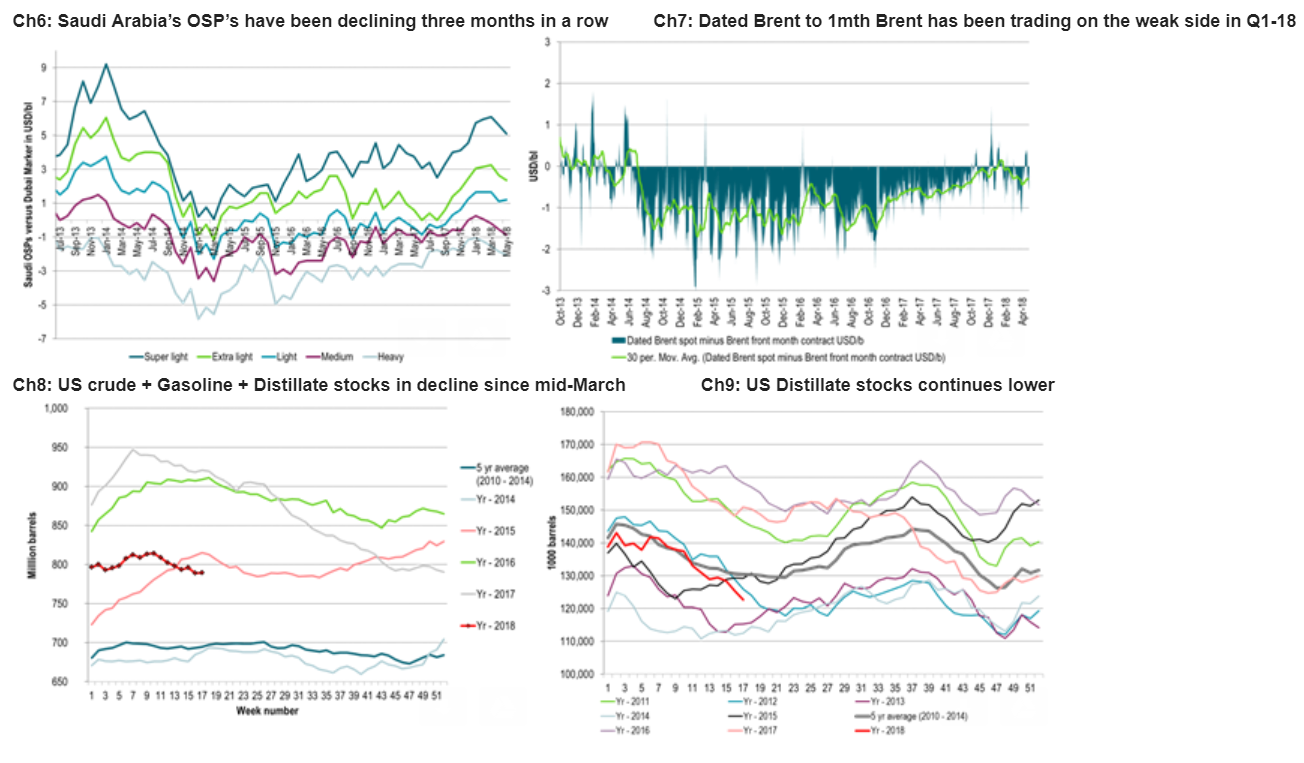 Dr. copper has been ringing the alarm bells since early June

Crude contango in the US but Brent spot is strong