It is very clear that Brent crude oil has followed the general risk-on/risk-off movements in global equities so far this year. The catalyst and the real mover of the oil price so far this year has clearly been the popping of the forever optimistic equity market which was rising and rising in a zero interest rate world with ultralow volatility. Now some kind of normality has returned with rising interest rates and a more normal level of volatility and the S&P 500 is now in its second round of sell-off so far this year.

We think that the current crude sell-off has not yet run its course and that Brent crude will touch down towards $58/bl. The curve will flatten but longer dated futures will also sell lower. We think that this could be the buying opportunity of the year for the consumers. Unless OPEC & Co eases back on their cuts we think there is a real risk that the Brent crude oil price moves towards $85/bl later in the year.

This morning Brent crude oil front month is recovering 0.3% to $64.5/bl following three days of rapid sell-off. The S&P 500 March futures contract is however trading down 0.8% this morning which could indicate that this year’s second round sell-off in equities is not yet over. This would also mean that the ongoing sell-off in Brent crude is not yet over either given that the equity sell-off has been the main catalyst for the crude sell-off. This morning’s 0.3% gain in Brent crude is unlikely to hold out the day in the face of equity sell-off and a stronger USD. So lower Brent prices later in the day.

Our view is that the Brent crude oil contract is likely to touch down towards the $58/bl level before the current sell-off has run its course. The sell-off will mostly be hitting the front end of the crude oil curve which means that the crude oil curve will flatten. The longer dated contracts have however also been hit and are likely to be dragged somewhat lower in the day’s to come as well. We think that this is playing up to a very good buying opportunity for oil consumers which we think will be able to lock in forward crude oil contract prices at very favourable price levels.

At the moment we have rising inventories in the weekly data, rising US shale oil rig count, rising US shale oil production, increasing refinery outage for maintenance, weakening dated Brent crude oil spot price versus first month contract, a stronger USD and an ongoing sell-off in the S&P 500 index. All in a setting of a close to record net long speculative position.

However, overall oil demand is set to be strong this year as long as the global growth story is intact and not destroyed by Donald’s trade war. OPEC & Co’s production cuts are intact and helped out by involuntary production declines by several of the participants as well. Thus despite the very strong US shale oil revival we think that inventories will decline significantly also in 2018 as long as OPEC & Co sticks to their cuts.

If the group actually do stick to its cuts all through 2018 we think that global oil inventories are likely to decline an additional 100-150 million barrels in 2018. What this means is that the backwardation in the crude oil curve is likely to steepen significantly in the year to come which will push the Brent crude oil price up towards $85/bl at the end of the year.

In our view though such an outcome cannot be in the interest of OPEC & Co as it will fire up US shale oil production even more. As such it seems sensible to us that the group eases its cuts somewhat in order to avoid a Brent crude oil spike towards $85/bl later in 2018. There has however been very little to hear from the group. 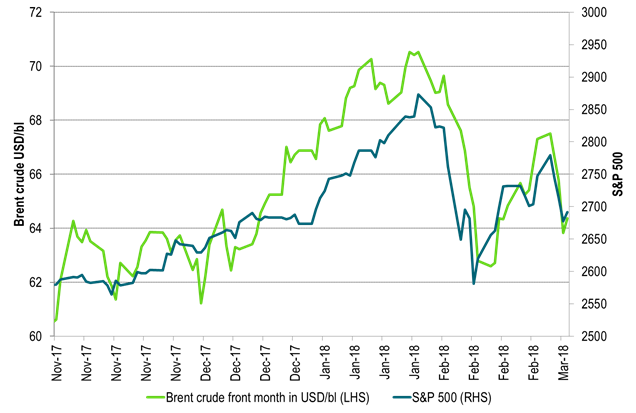 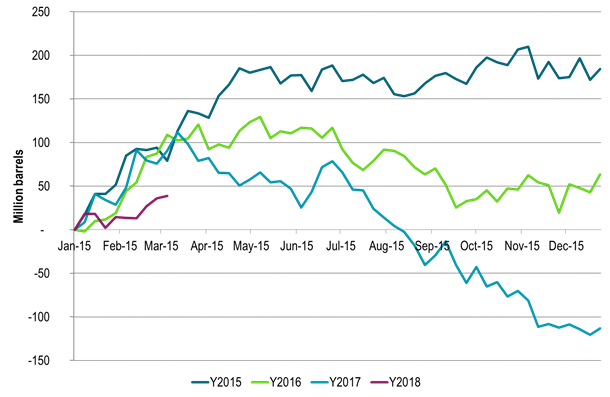 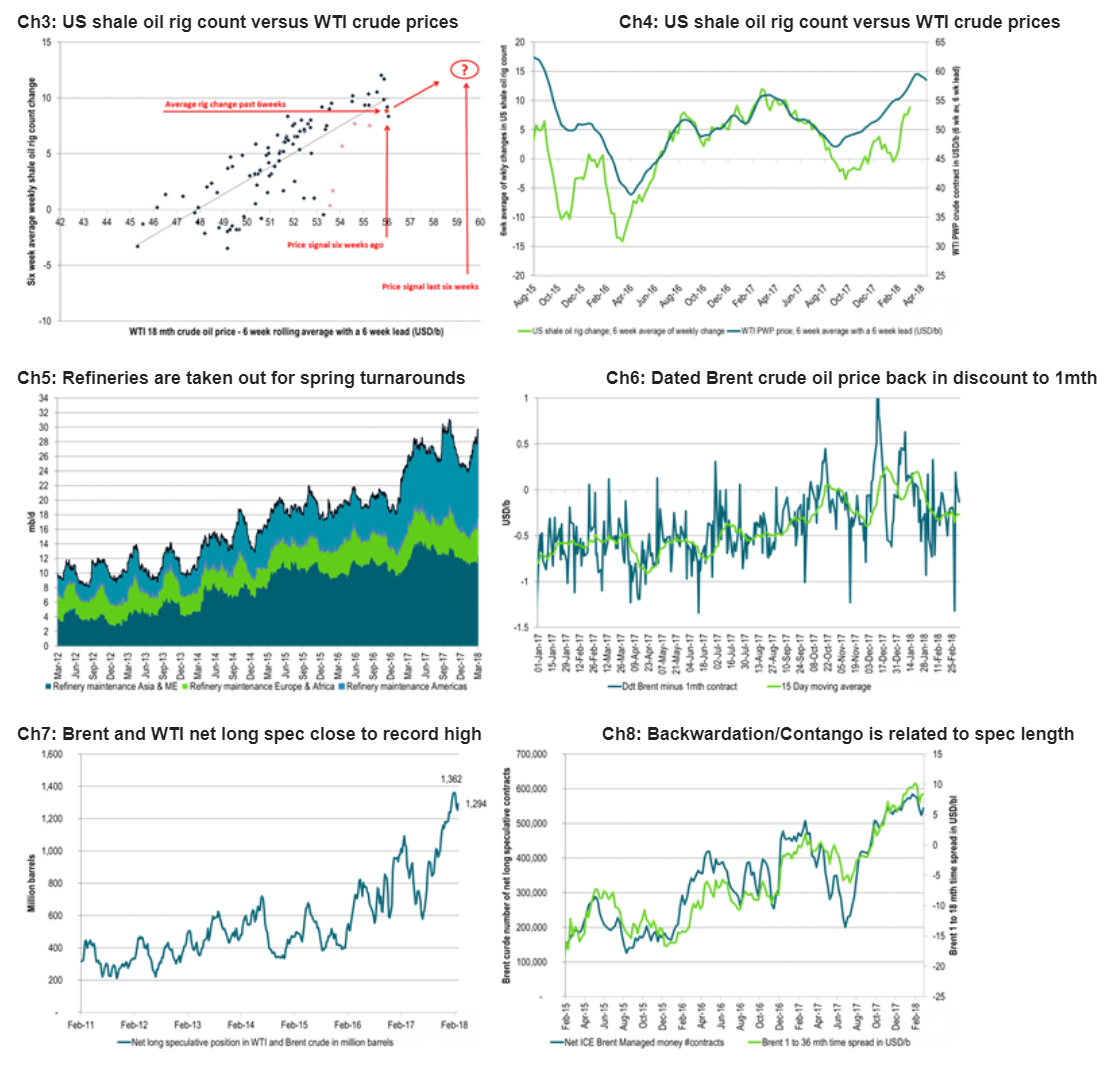 Repeated losses of supply in Libya in 2020 seems likely