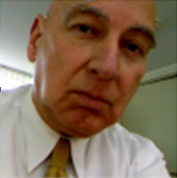 Although it seems that daily life is just proceeding as if there are not any problems around, it is becoming more and more obvious that in reality, the factors that determine the quality of our lives are further deteriorating. In almost every country, economic and fiscal restraint programs are implemented to cut spending, both on the government and the private levels. Companies are striving for more effective production and lay off parts of their employment force, all levels of government are reorganizing and also sacrifice people, the number of bankruptcies are rising by the day, creating more unemployment and just look around in your own environment, it is frightening how many offices and shops are closed and closing, the empty shops and for rent signs are all over the place.

That in itself is remarkable, on one hand the crises are the result of not having enough money around, on the other hand we know that Quantitative Easing is the new name for creating more and more money. A few months ago, I attended a presentation by our Dutch gold specialist Willem Middelkoop in which he clearly explained and showed slides that virtually every country in the world is increasing their money supply in almost identical curves. Obviously, the dust has come off the printing presses, they are running full steam, even in China where you would think they have no shortage of money whatsoever. His new book will come out this or next month, I hope there will be an English edition too so that you can learn about his always appreciated views.

On the economic front, Europe is still coping with its serious problems. It may seem that the politicians and the ECB have reached all kinds of agreements with individual countries that “solved” the worst of the monetary crises, but the truth of the reality shows that, as I said before, the solutions turn out to have been nothing more than putting some band-aids on the patients, rather than give them enough medicines to cure them. Greece and Spain continue to battle with difficulties on their country levels.

Greece succeeded to negotiate more than 11 billion euros in spending cuts which is not enough to fill their budget deficit of about € 20 billion…. The Greeks reacted with tens of thousands of protesters and a strike of doctors, teachers, tax workers, ferry operators and air traffic controllers to oppose the proposed spending cuts…. The EC, ECB and IMF report on Greece’s debt, which is the basis for decisions to grant Greece the next € 31 billion tranche of aid, may be delayed until after the U.S. presidential election to avoid too much commotion…. Unemployment reached 25.1% in July, up from 17.8% last year…. 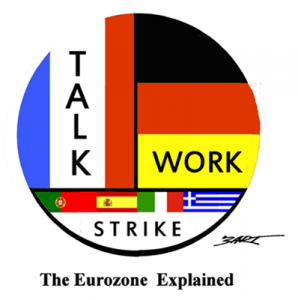 Spain rejected Catalonia’s bid for fiscal independence and clearly stated this to be totally non-negotiable…. Instead, it will activate an € 18 billion liquidity fund to help regional governments finance their debts…. Catalonia reacted by calling for an early election in order to enforce its incremented autonomy wishes…. The Castilla-La Mancha region announced to seek € 800 million from the liquidity fund…. From August to September, the number of unemployed rose by 1.7% and now stands at 4.7 million. Since September 2011, unemployment has increased by 11.3%…. The Canarias region will seek € 757 million from the liquidity fund to repay maturing debt and finance its deficit…. and finally the most recent news: Standard and Poor’s downgraded Spain’s sovereign debt to one notch above junk status. The decision pushed yields on Spanish debt further down to near 6%….

But also in other European countries, the deteriorating circumstances lead to general worries and unrest. For instance, Sweden has said not to allow taxpayers to bail out “ill-managed” banks in other European countries, calling the structure of Europe’s proposed banking union “unreasonable” because it gives the ECB automatic majority…. Finland, the only Nordic Eurozone member, reported increased unemployment figures and an estimated 0.8% economic growth in 2013, lowering the previous forecast of 2.3%…. The United Kingdom’s Prime Minister David Cameron said he would not allow “outrageous” attempts to increase the EU budget during upcoming negotiations on EU spending for the 2014-2020 period and threatened to veto the budget if it was not in British interest. This clearly reflects the general anti-EU sentiment that has been apparent ever since the creation of the EU….

I can easily imagine that so many people within and outside of Europe are very much concerned whether we will ever get out of this situation and enjoy more prosperous times of economic strength and growth and financial and social well-being for the population. I am confident that will happen sometime in the future but it is very likely that the strenuous situation of today will last for several years to come and is almost sure to be bound for getting even worse. But of course, it is not only Europe that has to tighten the belts. Did we ever think that Japan would be in the situation that it is in today? And the United States, once the economic leader of the world with their bright minds, working and purchasing power, their not-to-crack optimism and its strong and world-recognized dollar. And not to forget, the nation with the world’s largest gold reserves! But, as to all good things do come to an end, that was once……

President Obama and president-elect Romney both want us to believe that they can steer America back to their previous position of the strongest economic, political and monetary driver of the world. We already know that politics are mainly resting on promises which sounds strong in times of election but which turn out to be hollow and without merit when the elections are over. This time, it will be the same as ever. The proud wish of Obama to revive the image of “Made in America” will mainly be applicable to the huge debt situation and all those obscure financial products that were invented by Lehman Brothers and their Wall Street pals and which were so greedily welcomed by their European counterparts. And then you have to consider that many of the persons responsible for that financial tsunami, are still serving in the Obama government. I do like Obama as a person and stimulator, despite everything I favour him as a President but I have to add that I usually say that he has a heart but he didn’t have the balls to get rid of the Wall Street gang…. And about Romney, yes what can I say about Romney, he doesn’t seem to have a clue about what is going on in the world and certainly not about what it needs to get the world in quieter, safer and better waters. No matter who will be the next President, the precarious economic and financial future will also be difficult for the United States with its debt-ridden society and quantitative easings…..

Of course, the above are not the only problems of the world. With all the wars, conflicts and international threats, in and from the Middle East, Asia and between the religions (love thy neighbour seems to be outdated too…..), the world is facing more fires to come with no proper and reasonable solutions in sight.

Now, what does this all for our world of resources, metals, exploration and mining? The search for metals and minerals has not diminished or weakened. On the contrary, the search to find and win them, has spread virtually over the whole world and despite all economic perils, the world’s metals and mineral prices have risen to very viable and economically feasible levels. The producing companies are reporting record production figures and profits, exploration companies report very encouraging drill results although in general no new world class discoveries are made.

My regular readers know that I have been consequently positive about the development of the gold price since 2002. I am still positive about the gold price as I think it will develop over the next few years. But as I often mention in my writings, personal conversations and presentations at mining investment conferences, I am not advocating that investors should invest in the metals and even better, in mining and exploration shares, just because the metal prices will go higher. The current prices are good enough where they currently are, to justify applying a solid part of almost every investor’s portfolio in resource stocks. The industry is enjoying healthy margins but what is more important, is the distinct possibility that other industries don’t have, seeing the prevailing profit margins increase significantly and possibly even multiplying!

Don’t ask me how high the price of gold will go. I just don’t know, like everybody else. In several past issues, I wrote about several of my appreciated colleagues and friends who predicted higher gold prices like $3,000, $5,000 and $8,000, to be topped in December 2011 when I told you about Shayne McGuire who was the first one to mention the possibility of $10,000 gold. I always said, until very recently, that I would not be in favour of such a price level because it would mean that we would be living in very bad and concerning living circumstances.

But in the last few weeks, the scenario as it is unfolding now and pretty rapidly too, is worrying me. Murphy’s law says that when it turns bad, all things will go bad. If that would indeed happen in the next two years, I think that the function of gold will become different and more special than most of us expect. Then, where the gold price will go, will be as good as anyone’s guess. The quantitative easings, the worldwide money printing, are affecting and ultimately removing the quality of money. Which other standard of value than gold will be there to come to rescue?

To me, the case for gold is clear. And when I say gold, I do mean all the PGM’s and silver too. But as I have explained and stressed before, the most flexible way to participate in the metals, is to invest in mining and exploration shares. They are ridiculously undervalued at the moment! Many good investment candidates can be found. In last month’s issue, I gave many names that would look fine in your portfolio. But start by studying the SUPPORTING COMPANIES. Several of them have reached the production status and look forward to impressive growth over the next two years, others are in decisive stages of development to come into production in due time, and the explorers can come to surprise us any moment with their discoveries. In the forthcoming issues of GOLDVIEW, MINING IN AFRICA, MINING IN EUROPE and MINING IN MEXICO, I will review these companies. As I said in my most recent presentation in Nairobi, Kenya two weeks ago, you cannot afford not to be in the resources markets! 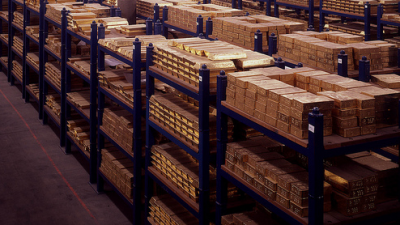