Donald Trump must certify the Iran nuclear deal every 90 days to ensure US sanctions are waived. He did not do so on 13 October 2017, and is unlikely to sign off between 12-17 January 2018 either. Potential consequent reactivation of sanctions may cause Iran to export oil using the Chinese Yuan denominated contract, which launches on 18 January. This may spark a move away from the present long-established USD denominated oil trading regime.

Crude oil has traded in USD ever since the greenback became the global reserve currency. As such, its status has been both a blessing – enabling the US to operate a trade deficit indefinitely – and curse – maintaining a too strong USD that destroyed domestic manufacturing jobs. Indeed, it has been suggested that the US invaded Iraq in 2003 because Saddam Hussein’s decision in October 2000 to start selling crude oil to Europe in euros rather than USD threatened the greenback’s petrodollar status.

Possible results of a failure to certify the Iran nuclear agreement brokered in 2015 are unclear. Only last week, the FT argued it would likely cause the whole deal to collapse, which might reactivate Iranian nuclear activity and precipitate further sanctions. Also, it would no longer be possible for the global community to monitor the country’s nuclear operations, reducing the flow of key information and undermining confidence in the region’s geopolitical stability.

Since banking, oil and shipping sanctions were lifted in 2015, Iranian oil production has increased by 1.1 mb/d to currently 3.8 mb/d. We think it unlikely the other six parties to the Iran nuclear deal (the UK, Russia, France, China, Germany and the EU) together with the UN will re-impose sanctions just because the US decides not to recertify the agreement. Therefore, a decision by Trump to re-impose sanctions unilaterally would likely mimic those imposed on 4 January targeting five Iranian entities and individuals, and others to be added.

Potentially the US could re-impose banking/USD sanctions on Iran, making it harder for the country to export its crude oil globally in a USD denominated market. However, such measures may encourage Iran to export crude oil in the future using the new Chinese Yuan denominated crude oil contract, which launches on 18 January, the day after the US announces whether it will recertify the current Iran nuclear deal. Since Trump has described the agreement as “the worst deal ever”, we think he is unlikely to do so.

The Yuan is well on its way to becoming a major global currency, given the continued growth in the Chinese economy and the country’s share of global trade, particularly oil trading. Today, China is the world’s largest crude oil importer. Moreover, in October 2016, the Yuan was included in the IMF’s Special Drawing Rights (SDR) basket. This year Yuan denominated crude oil trading begins, shattering the USD’s global petrodollar hegemony maintained since Bretton Woods in 1944. Indeed, the increased threat of renewed US banking/USD sanctions on Iran alone is likely to boost Iran’s interest in the new Yuan oil contract.

China will benefit considerably from such developments. Partly, it will be able to bypass the USD when buying nearly $200bn of oil needed each year. More important still, the Yuan will move much closer to being recognized as a central, key global currency. While the USD will not be replaced overnight as the world’s reserve currency nor as the one most commonly used for crude oil trading, it will be negative for the greenback, which will cease to be the crude oil market’s only, ruling currency. In short, its petrodollar status will be undermined. With $2.5trn in physical crude oil produced globally each year and, we estimate, $25trn in USD denominated turnover traded annually (using a 10x multiple), the impact on the US currency will likely be very substantial over time. In perspective Brent crude oil for delivery in 2024 today trades at $58/bl. A potentially significantly weaker dollar would mean a much higher Brent crude oil price in nominal terms making today’s longer term nominal prices a bargain. 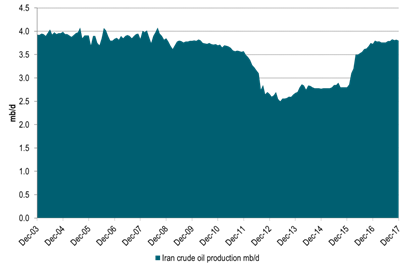 Chart 2: Iran’s domestic use of crude oil and exports to China and non-China 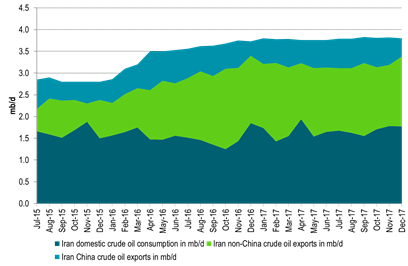 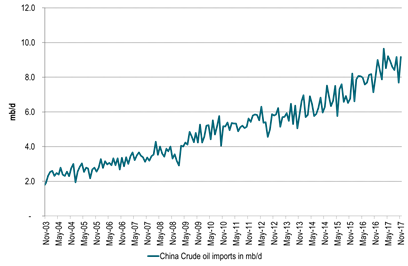