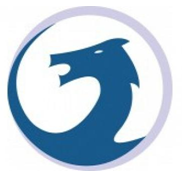 Beowulf Mining has produced its interims for H1 2012 to 30 June. Emphasis as ever, is on its exploration efforts on several iron ore projects in Sweden. As there is no income the exploration costs are noted showing, at £0.382M, increased activity over 2011 of £0.277M, or 18p per share. Cash held at the period end was £5.05M.

Emphasis is on the Kallak North project where the 2012 drill programme to date has logged 4314m in 16 holes. Assays from the first nine have been received. Executive Chairman Clive Sinclair-Poulton notes these are the highest grade yet noted for the deposit. We note, excluding ‘hotspots’ a range of 28-40% Fe and include intersections of over 300m depth. A total of 7000m drilling is planned for the year with two rigs active.

WIM says: Life is tough for iron ore explorers, but this is shaping up to be an eminently open-pittable deposit in a good location with infra-structure and local market demand.