The current oil market is both strong and weak. It is weak in terms of rising inventories and floating storage over the past two weeks with Dated Brent crude spot trading at a discount to the 1 mth contract amid rising production in the US, Kazakhstan and Saudi Arabia while Asian refineries are off-line doing refinery maintenance as well. It is strong given that the latest correction from a recent high of $80.5/bl has been fairly shallow mostly disregarding signals that Russia wants to revive production, disregarding a stronger USD as well as a softer global growth momentum and an Italy scare.

A drama is however unfolding in the US shale oil market. The number of shale oil wells completed in April is now 40% above the average 2014 level in real terms and both drilling and completions of wells is on a rising path. US shale oil production is now growing at a marginal annualized growth rate of 1.6 m bl/d. Permian alone accounts for 60% of this growth.

There is no lack of oil resources in the ground or in capital or rigs and completions. There is however a lack of pipes to get the oil to market. Strong growth in production has now crashed into the pipeline capacity out of Permian resulting in a collapse in the local Permian crude price to more than $20/bl below the Brent crude oil price.

This is however probably just the start with more downside to come for the local Permian crude price in order to halt the ongoing booming production growth as there is nowhere to store the local surplus production and limited means to get it to market.

Permian production growth probably has to slow to only 30% of current growth pace. That means an overall US shale oil production growth of about 1.0 m bl/d over the coming year. That is 0.5 m bl/d lower than our current projection. It means a tighter global oil market and that is bullish for Brent crude oil prices. Permian can however probably still grow at around 25 k bl/d/mth versus today’s 80 k bl/d as trucks and trains and more pipelines probably will allow this kind of growth pace.

Adding the Permian problems to declining production in Venezuela and renewed US sanctions towards Iran we’ll now need OPEC+ to put cuts back into the market. We think that the current 1.8 m bl/d production-cut-buffer will be all gone in 2019 with the global oil market still running a deficit. And with Permian pipeline problems that deficit could be closer to 0.8 m bl/d rather than our latest estimated 0.3 m bl/d deficit.

So now we both need a higher Brent crude oil price in order to ration and slow down global demand growth as well as a lower Permian crude price in order to slow down local production growth there. So OPEC+, give us your cuts back. We need them now or at least later in H2-18. 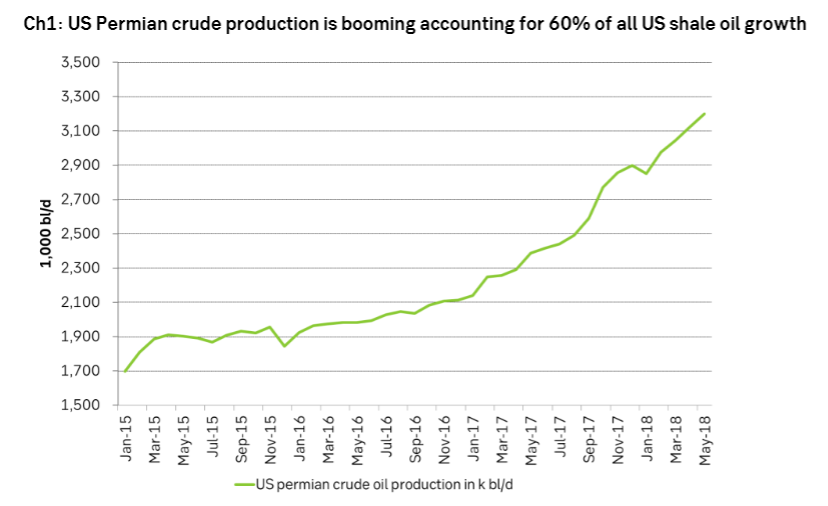 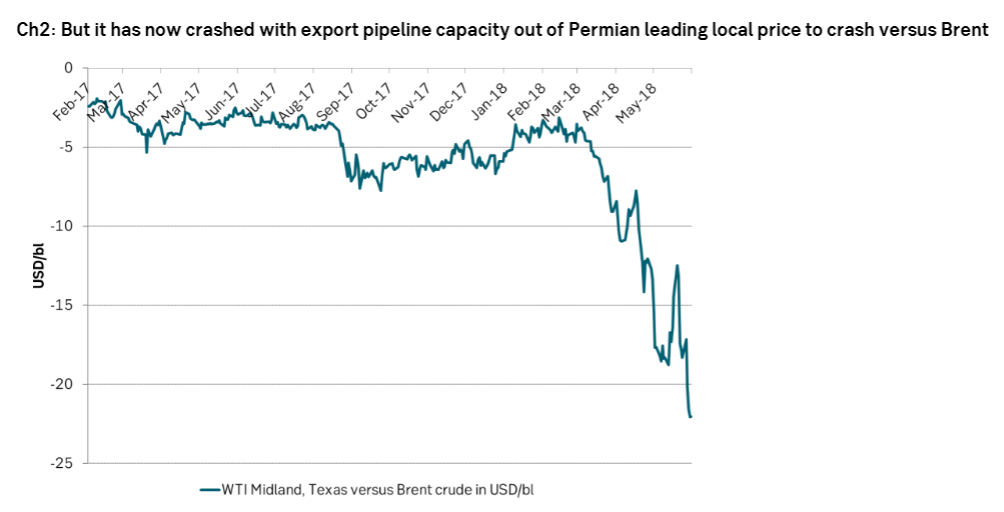 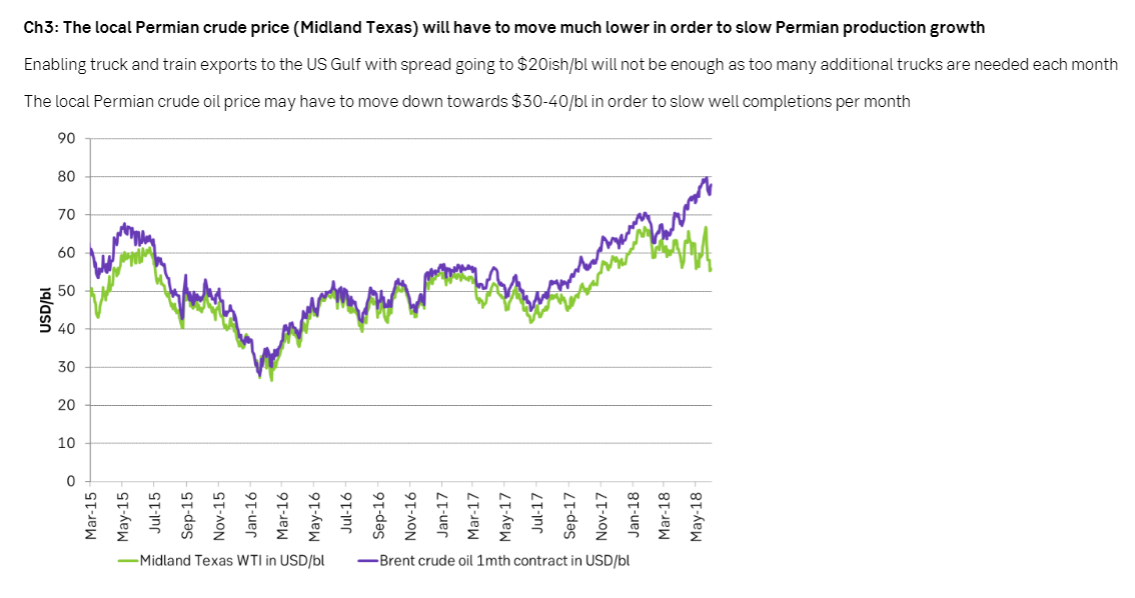 1 Reply to “Full Permian oil pipelines is bullish for Brent”