Crude oil comment – The risk is to the downside
Two key drivers which have been important for the price rally to $40/b are fading. The 600 kbpd oil pipeline from northern Iraq to Ceyhan on the Mediterranean coast of Turkey is now repaired and only awaits a go signal from Baghdad. Together with the outage of Forcados in Nigeria it helped to tighten up the Brent spot market and thus assist the financial Brent crude oil rally with net long speculative positions now at record high. While still awaiting a go from Baghdad, the pipeline is likely to come back any day. The “production freeze discussion” between OPEC/Russia now holds no hope of creating any changes on the supply side. We never had any hopes for these discussions. Nonetheless, the fact that Saudi Arabia joined in on the discussions created some hope in the market that something might materialize from this in terms of restrained supply. It is however becoming more and more evident for everyone that this will come to nothing with latest statement from Iran: “Leave us alone. We’ll talk when we are back at 4 mbpd (now 3 mbpd)”.

The market is running a solid surplus. Looking at the weekly data so far this year it basically looks like a 2 mbpd surplus and just as big as last year. Yes, the market is now rebalancing. US production is declining and non-OPEC is declining, but as of yet it is not enough. Over time it is a contradiction to have increasing inventories and a flattening oil curves. Speculative positioning can shift it substantially out of shape for periods, but it will have to move back to reflect fundamentals again. If the flatter curve persists, then physical oil will have to leave inventories as economics can no longer support holding theme there. As the surplus persists we think that the contango will have to deepen again with front contracts coming lower again versus longer dated contracts in order to maintain oil inventory economics.

Since the end of December last year the net long speculative positioning in Brent and WTI has increased by 250,000 contracts equalling 250 million barrels. On the other side of this speculative equation are the physical producers. If the oil price now falls back $10/b down to $30/b again then the financial community will have handed the physical producers some $2.5bn in much needed funding.

In terms of the possibility for further oil price gains we think that it will be increasingly difficult for the oil price to move from $40/b to $50/b as there as far as we can see is an accelerating number of shale oil activities which becomes profitable as the oil price moves through this price span up to $50/b. Note also that if the Brent 1mth contract moves to $50/b then due to the contango in the oil price curve this will typically place the WTI Cal-2017 at $55/b. This should be perceived as a very nice price for many US shale oil producers to hedge at.

All told. There is increasing headwind for the oil price to move to the upside from $40/b. In addition the oil price is losing two key supportive elements which helped it move higher. The Ceyhan pipeline will come back any day and the “production freeze” discussion will just go away. Add solid, running surplus and rising oil inventories, too much flattening of the oil price curves and record high net long speculative positioning and voila, we are set to move to the downside. We are likely to see $35/b before we see $45/b. 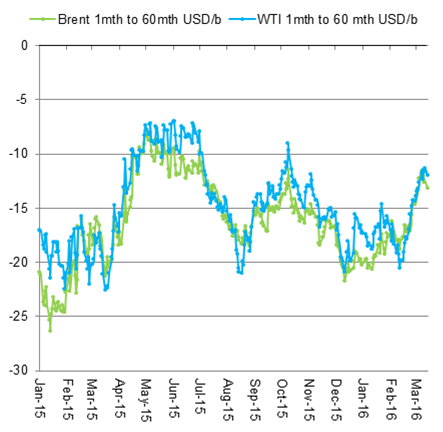 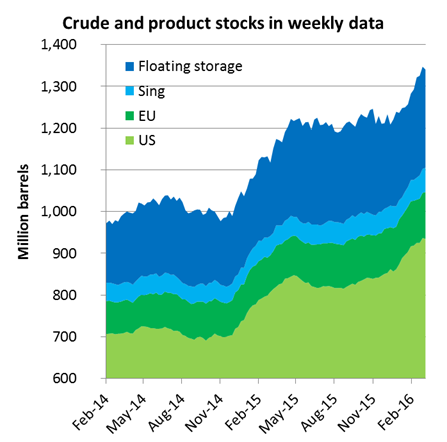 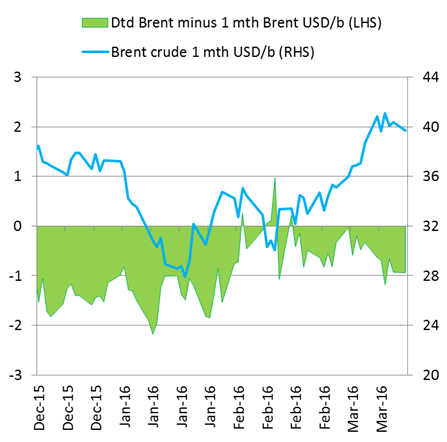 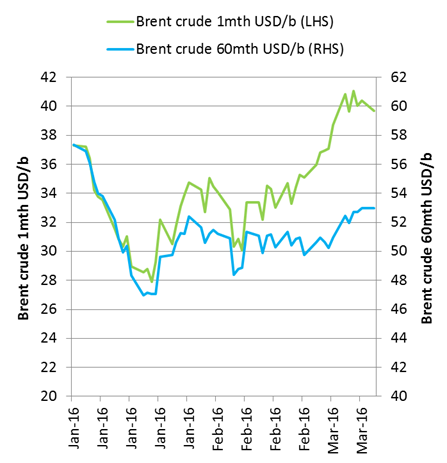 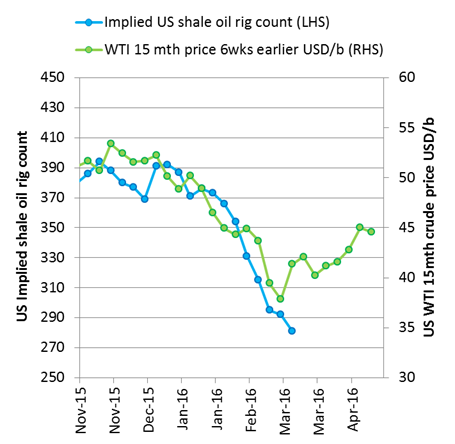